Tesla shares rebounded from last week’s U.S. lawsuit over Elon Musk’s take-private tweets, as a settlement ensured the billionaire will keep calling the shots at the carmaker he’s said is on the verge of profitability.

Under the agreement with the Securities and Exchange Commission, Musk and the company each will pay a $20 million penalty, and Musk will be barred from serving as chairman for at least three years. The agency backed off from ousting him as chief executive officer.

Tesla jumped as much as 17 percent to $309.99 in early Monday trading, more than enough to offset Friday’s 14 percent plunge. The shares closed at $307.52 Thursday before the SEC announced its enforcement action over the tweets, in which Musk said he had “funding secured” to take the company private at $420 a share. He later dropped the plan of pursuing a buyout.

Now investors want to see if Tesla met its production and deliveries goals. An initial verdict of feat or failure could land as soon as Monday in the form of Tesla’s latest quarterly release. Musk, 47, told employees in an email Sunday that the company was “very close to achieving profitability and proving the naysayers wrong,” but still needed to execute on the last day of the quarter.

Tesla is now valued at about $51.8 billion in the stock market, taking back the title of the top U.S. automaker by market capitalization from General Motors Co. Shareholders are betting the company is on the cusp of stemming losses and cash burn thanks to its lower-priced Model 3 sedan.

Short sellers, meanwhile, have targeted the company, saying it needs to raise billions of dollars more in financing, has woeful quality control and is run by an erratic CEO.

Tesla’s most active high-yield bond issue traded up 2.5 cents to 86.75 cents on the dollar early Monday, the biggest gain since Aug. 2.

An army of Tesla-owning volunteers swooped in over the weekend to help deliver cars to new buyers while Musk cheered on his employees, telling them in emails to “ignore all distractions” and that they were on the cusp of “an epic victory beyond all expectations.”

In the Chicago suburb of Highland Park, more than 75 people crammed into Tesla’s service center and another 50 or so waited outside. In the Los Angeles community of Marina del Rey, a steady stream of customers arrived while tractor trailers pulled in to unload vehicles that had been stored in Burbank. In Coral Gables, Florida, a showroom attendant who asked not to be named said deliveries were scheduled hour-by-hour to avoid congestion.

It wasn’t immediately clear how many outlets across the U.S. were doing record volume. The one in Brooklyn, for example, was quiet Saturday morning. Tesla’s showroom in Paramus, New Jersey, was closed by 8 p.m. local time Sunday.

Others were so busy that volunteers showed up to help staff out. Andrew Doane, who has a Model S sedan, Model X crossover and Model 3 car and is president of the Tesla Owners Club of the Mid-Atlantic region, mustered club members to pull shifts at delivery hubs in Virginia and Maryland, and worked one himself.

“This weekend is the pivot point,” he said, describing it as watershed moment not just for the company but for the shift away from the internal combustion engine.

After repeatedly falling short of its manufacturing targets, Tesla probably produced about 53,457 Model 3s in the third quarter, according to a Bloomberg Tracker that uses vehicle identification numbers and other inputs to estimate output in real time. That’s above the Wall Street consensus of 50,416 — the average estimate of five analysts polled by Bloomberg — and toward the high end of Musk’s July forecast of between 50,000 to 55,000 Model 3s.

After filing the lawsuit, SEC officials were anticipating a drawn-out legal battle, but settlement talks started up again late Friday after Musk’s attorney Steven Farina sent an email asking to reopen the discussions.

Stephanie Avakian and Steve Peikin, co-directors of the SEC’s Enforcement Division, led the talks, taking the reins from the staff attorneys who worked the case, according two people familiar with the matter.

Avakian and Peikin demanded that Musk pay $20 million and be removed as Tesla’s chairman for at least three years, harsher terms than were being offered in the scrapped deal, people familiar with the matter said. The agency also required that the company pay $20 million in penalties to settle separate claims related to Musk’s use of social media. 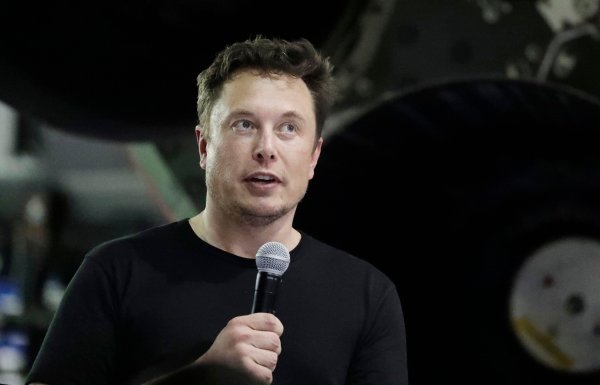 Elon Musk Is Having a Very Bad Week. So Are Tesla Investors
Next Up: Editor's Pick