It was Google’s 20th anniversary of its existence Thursday — so Jimmy Kimmel wanted to celebrate the all-important search engine by remembering what it was like before we had access to the world’s information at our fingertips daily.

“The traditional gift for a 20th anniversary is china,” Kimmel noted during his show on Thursday night. “Unfortunately Google is banned in China, so we can’t do that.” Instead, Kimmel had his team take to the streets to ask random people commonly-Googled questions and see what they’d come up with as answers. From the rationale behind Daylight Savings Time to the proper way to get rid of bed bugs, the strangers selected for on-camera questions had some very creative answers.

As for who invented the internet? Good thing we actually have Google, because the people on the street were convinced it was either Jesus or Teddy Roosevelt. (If you Google it, the correct response is the software engineers Vint Cerf and Robert E. Kahn who developed the TCP/IP standards, although they were predated in their work by computer science pioneer Bob Taylor of ARPA.)

Anyway, the moral of this story: we’re lucky we have Google to correctly identify a good credit score and the true meaning of the hippocampus, because otherwise we’d just be making stuff up and living in a world of misinformation all the time. Or maybe we’re just so dependent on Google now that we’ve stopped storing up accurate information in our own brains; hard to say for certain. Thanks, Jimmy Kimmel, for the reminder. 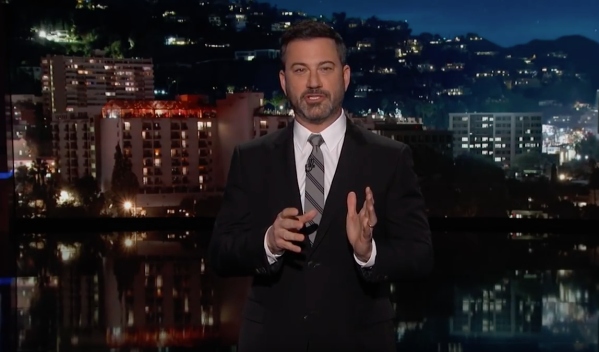 'Like a Frat Out of Hell.' Jimmy Kimmel Delivers a Blistering Play-By-Play of the Kavanaugh Hearing
Next Up: Editor's Pick