A Texas school district has won the support of the state’s Attorney General after administrators expelled a black student who refused to stand for the Pledge of Allegiance.

India Landry was expelled from Windfern High School in October 2017 following an extended protest against the Pledge of Allegiance, citing racial injustice. “This is not the NFL,” she was reportedly told by a school official.

Landry’s mother filed a lawsuit against the school district on her daughter’s behalf, arguing that her expulsion was racially motivated and violated her constitutional rights.

“I felt the flag doesn’t represent what it stands for, liberty and justice for all and I don’t feel what is going on in the country, so it was my choice to remain seated, silently,” Landry said. “It was a silent protest.”

It is rare for a state Attorney General to become involved in a civil rights case, said Landry’s attorney Randall L. Kallinen. “The reason he’s challenging this case is that it’s election time,” Kallinen said. “It’s an attempt to rally the troops.”

The state Attorney General, Ken Paxton, said in a statement: “School children cannot unilaterally refuse to participate in the Pledge.”

“Requiring the Pledge to be recited at the start of every school day has the laudable result of fostering respect for our flag and a patriotic love of our country,” Paxton’s statement continued. “This case is about providing for the saying of the Pledge of Allegiance while respecting the parental right to direct the education of children.”

The case is scheduled to go to trial in April. 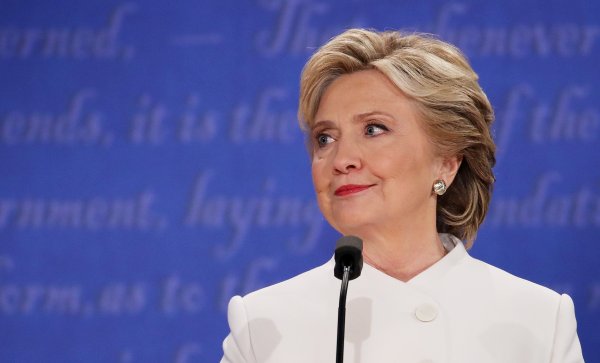 Texas Votes to Remove Hillary Clinton from Curriculum
Next Up: Editor's Pick