Sen. Lindsey Graham Says Christine Blasey Ford 'Has Got a Problem' as He Continues Attack on Democrats

Following a marathon Senate hearing over Dr. Ford’s accusation that Kavanaugh assaulted her while the pair were in high school more than three decades ago, the South Carolina Republican told Fox News host Sean Hannity, “Miss Ford has got a problem, and destroying Judge Kavanaugh’s life won’t fix her problem.”

“Everything I believed I knew about Brett Kavanaugh, I am now more convinced than ever that he didn’t do it, that he’s the right guy to be on the court,” Graham said. “To my friends on the other side, I would never have done this to one of your nominees, you should be ashamed.”

Graham, a member of the Senate Judiciary Committee, which questioned both Ford and Kavanaugh, had earlier mounted a furious attack on Senate Democrats during the hearing. “This is the most unethical sham since I’ve been in politics,” he said from the dais. “Boy, y’all want power and I hope you don’t get it.”

The White House praised Graham for his words late Thursday. “Lindsey Graham has more decency and courage than every Democrat member of the committee combined,” tweeted press secretary Sarah Sanders. “God bless him.”

The Senate Judiciary Committee will vote on Kavanaugh’s Supreme Court nomination on Friday. 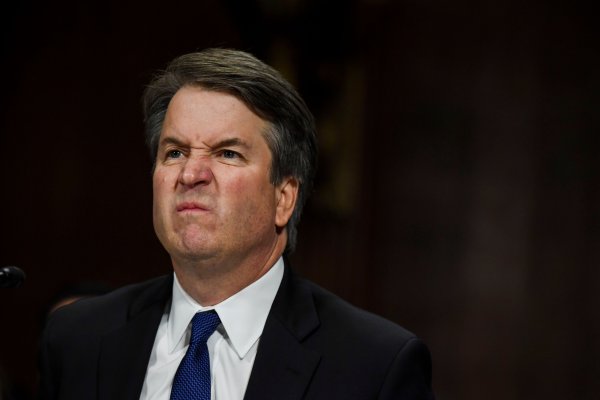 Trump Tweeted His Love of Brett Kavanaugh's Testimony
Next Up: Editor's Pick