Hillary Clinton Made a Surprise Cameo on the Murphy Brown Reboot

Former Secretary of State Hillary Clinton speaks to the audience at the annual convention of the American Federation of Teachers, in Pittsburgh, Penn. on July 13, 2018.
Jeff Swensen—Getty Images
By Eli Meixler

The revival season of 1990s newsroom sitcom Murphy Brown kicked off Thursday with a surprise guest: Hillary Clinton, who made an appearance as a job candidate for a “secretarial position.”

Clinton appeared in the Candice Bergen-led sitcom’s premier Thursday as “Hilary,” an applicant for a secretary opening on the star’s cable news show “Murphy in the Morning,” Variety reports.

In character, Clinton admitted that she was frequently mistaken for a certain presidential candidate and former secretary of state, but insists that she is “not afraid of hard work, I’m qualified, and I’m ready on day one.”

“We’ve always tried to blur the lines between fiction and reality” said creator and show-runner Diane English, according to Variety.

Clinton made several wry references to her political career, telling Murphy that her technological acumen includes “some experience with emails” and referencing her 1996 book with the phrase “everyone works together, it takes a village.” The former First Lady added that she had previously worked for four years as secretary “of a very large organization.”

Ultimately, Murphy found Clinton “very impressive” if “a little over-qualified” for the position. Clinton responded that if Murphy changed her mind, she could reach the job-seeker at “Hilary at you could have had me dot com.”

The cameo was Clinton’s first of two planned television appearances for this season: she is also scheduled for a part in the fifth season premiere of Madame Secretary, Variety reports.

Murphy Brown‘s first run on CBS from 1988 to 1998 also included a notable range of cameos, including Vice President Dan Quayle. It also broke boundaries at the time, as in 1992, when Murphy became an on-screen single mother.

But the show’s new iteration finds itself in familiar territory in the Trump presidency, starring a confrontational reporter covering a presidency considered hostile to the press.

“This show is so fearless,” Bergen, the show’s star, previously told TIME. “They take on everything and everyone.” 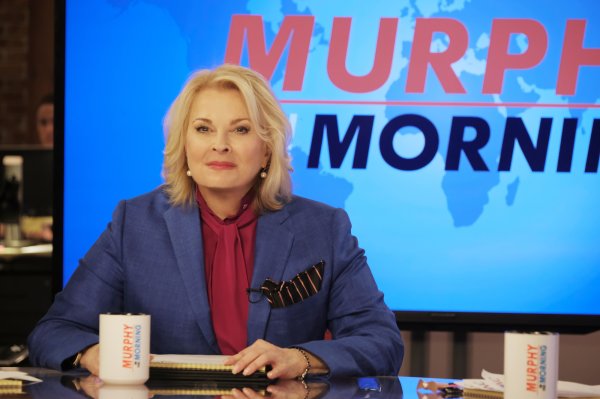 What to Know About Murphy Brown's History of Making Real-World News
Next Up: Editor's Pick