When Christine Blasey Ford testified on Thursday in front of the Senate Judiciary Committee about her accusation that Supreme Court nominee Brett Kavanaugh sexually assaulted her 36 years ago, millions of Americans listened to her describe the intimate details of her alleged assault and the trauma she says she has lived with for decades since.

For many of those people, her words and the questions she was asked brought up personal memories. Some shared their experiences on social media, others talked to friends or co-workers and others called into news networks to publicly recall their incidents of assault. It turns out many people also called the National Sexual Assault Hotline looking for help.

The National Sexual Assault Hotline saw a 147 percent increase in calls on Thursday compared with a normal weekday on which sexual assault did not dominate the news, according to RAINN, a large anti-sexual violence organization that administers the hotline.

The organization told TIME it often sees an uptick in survivors asking for help when sexual assault is in the news.

But Thursday’s numbers were even higher than some recent instances. For example, in October 2016 when the Access Hollywood tape of then-candidate Donald Trump saying he could get women and “grab ’em by the p—y” was released, calls to the sexual assault hotline went up 33 percent.

Since Ford has come forward with her allegations, RAINN said it has seen a 45.6 percent increase compared to the same time period last year. And over this past weekend when a second accuser, Deborah Ramirez, came forward with an allegation of sexual misconduct against Kavanaugh, RAINN’s hotline saw an increase of 57 percent compared to an average Friday through Sunday.

Kavanaugh has denied all of Ford’s allegations, as well as those leveled by Ramirez and by a third accuser, Julie Swetnick. He testified after Ford on Thursday and again denied all of the allegations, saying that he wanted to clear his name.

Anyone looking for resources to talk about sexual assault can visit RAINN’s online hotline or call the National Sexual Assault Hotline at 800-656-4673. 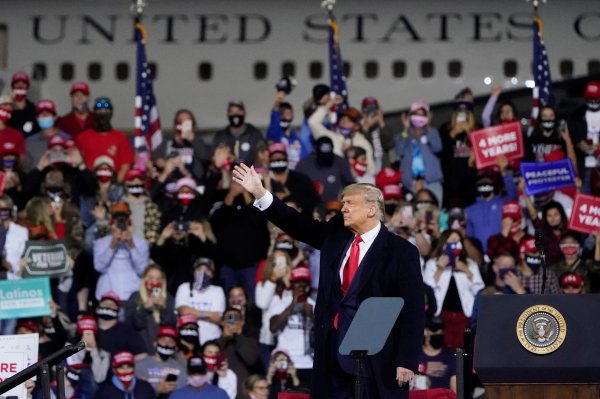