Kavanaugh Apologizes to Sen. Klobuchar After Asking If She Had Ever Been Blackout Drunk

Supreme Court Justice nominee Brett Kavanaugh quickly apologized to Minnesota Sen. Amy Klobuchar after flipping a question of whether or not he had blacked out after drinking during his testimony on alleged sexual misconduct Thursday.

After revealing that her 90-year-old father is a recovering alcoholic who still attends AA meetings, Klobuchar asked Kavanaugh if he had ever lost his memory from drinking, which Kavanaugh denied.

“You’re saying there’s never been a case where you drank so much that you didn’t remember what happened the night before or part of what happened?” Klobuchar asked.

Kavanaugh would not answer the question and instead asked the senator if she had blacked out after drinking, “If you’re asking about blackout. I don’t know, have you?” he asked.

“Could you answer the question, judge?” Klobuchar replied. “So, that’s not what happened, is that your answer?”

“Yeah, and I’m curious if you have.” Kavanaugh asked the senator.

Klobuchar told him: “I have no drinking problem, judge.” Kavanaugh replied, “Nor do I.”

Following the tense exchange a short recess was taken and upon returning Kavanaugh took a moment to apologize to the senator.

“I was going to say, I started my last colloquy by saying to Senator Klobuchar how much I respect her and respected what she did at the last hearing, and she asked me a question at the end that I responded to by asking her a question,” he said. “I’m sorry I did that. This is a tough process. I’m sorry about that.

Klobuchar told him she accepted his apology. “I would like to add when you have a parent that’s an alcoholic, you’re pretty careful about drinking.”

Kavanaugh is in the midst of his hearing with the Senate Judiciary Committee following Professor Christine Blasey Ford’s earlier testimony that claimed that, in the 1980s, Kavanaugh assaulted her during a house party, grinding on her as he attempted to remove her swimsuit and covering her mouth to conceal her screams. 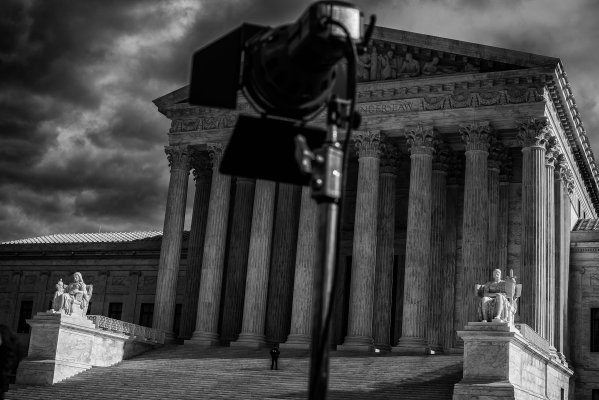