NASA Has Been Visiting Strange, New Worlds for 60 Years. See the Places It's Gone

For a species that was handed what might be the best of all possible planets, humans have been oddly anxious to leave it. Our itch to venture into space has been with us ever since we first realized that the points of light in the sky are actually places in the sky. Recognizing a place, for us, is enough to want to visit that place.

For millennia, that wish remained just a wish. Then, in 1957, everything changed, when the Soviet Union jolted the world with the announcement that it had placed Sputnik, the first artificial satellite, into orbit around Earth. The U.S. raced to catch up, and the following year established the National Aeronautics and Space Administration, with the goal of staking America’s claim to its own piece of the cosmos. In the 60 years since, NASA has done just that.

Generations of exploration have seen spacecraft bearing both the American flag and the NASA logo ranging throughout the solar system. The diagram below, color-coded by decade, tracks most of those journeys. It is an illustration of ambition, of innovation, even of obsession.

The national passion for the moon of the 1960s and ’70s resulted in not just machines making the lunar journey, but also people. Our continuing love affair with Mars has today produced nothing less than American infrastructure—rovers, landers, orbiters—on and around the Red Planet.

There have been journeys to the inner planets: the Messenger, Magellan and Mariner spacecraft to Mercury and Venus. There have, too, been expeditions to Jupiter and Saturn and their colorful flocks of moons. Asteroids and comets and the sun itself have also been studied up close.

Many of the missions are ongoing. In addition to the robots that continue to explore Mars, the Juno spacecraft is currently orbiting Jupiter; the Dawn probe is circling the dwarf planet Ceres; New Horizons, which, in 2015, became the first spacecraft to reconnoiter Pluto, is on track to reach an icy, rocky world in the Kuiper Belt this New Year’s Eve. And Voyager 2—after having flown by Jupiter, Saturn, Uranus and Neptune decades ago—is on its way out of the solar system altogether; its sister ship, Voyager 1, has already entered interstellar space.

The spacecraft that NASA has flown in its 60 years are in some ways more than ships. They are, in effect, spores—tiny seedlings from Earth set forth on the solar wind. Unlike true spores, of course, they can’t touch down and give rise to new life. But as we visited the moon, so, eventually, we will visit other worlds. It took NASA just 60 years to inscribe its lines of robotic travels throughout the solar system. Humanity, stubbornly, will follow. 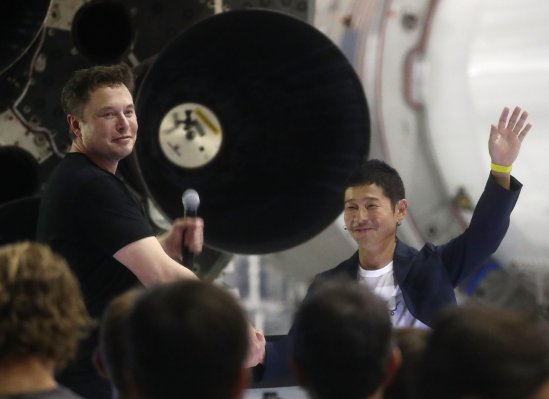