Pinkfong’s “Baby Shark” was an unlikely song to go viral. Yet, the nursery tune about a happy little family of sharks on the hunt for their next meal not only went viral earlier this year, but it also sparked the #BabySharkChallenge with people around the globe showing off their shark-like dance moves. That challenge has now ended, thanks to Sophie Turner, Josh Groban, and James Corden who won the substitute competition with their deeply serious rendition of the “modern classic” song.

“Once in a lifetime a song comes along that defines a generation,” Corden said on Wednesday night’s episode of The Late Late Show. “A song that unites us all together in beautiful harmony.” He likened “Baby Shark”, a song “so iconic it’s been viewed far more times on YouTube” to other iconic tunes like John Lennon’s “Imagine” and Marvin Gaye’s “What’s Going On”. To pay tribute to the “powerful” song, he teamed up with the Game of Thrones star and the soulful singer to deliver the classiest version of “Baby Shark” the world has ever heard. Turner played “Mommy Shark”, Groban played “Daddy Shark”, and they all sang “Baby shark, doo doo doo doo doo doo/Baby shark, doo doo doo doo doo doo” so beautifully, that a legend was born and a challenge won. 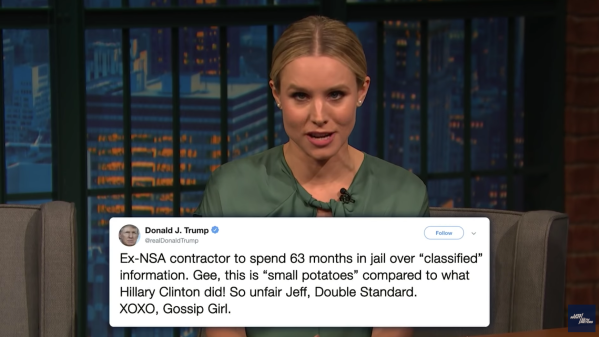