Supermodel Gisele Bündchen has revealed in her new memoir, Lessons: My Path to a Meaningful Life, that she suffered from terrifying panic attacks and anxiety so severe that she contemplated committing suicide.

In an interview with People, Bündchen shared that although “things can be looking perfect on the outside, [but] you have no idea what’s really going on.” While Bündchen’s rise in the late ’90s as one of the most in-demand supermodels brought her plenty of success and accolades, she also developed anxiety and experienced her first panic attack in 2003, something she says she felt guilty for.

“I had a wonderful position in my career, I was very close to my family, and I always considered myself a positive person, so I was really beating myself up,” Bündchen said. “Like, ‘Why should I be feeling this?’ I felt like I wasn’t allowed to feel bad. But I felt powerless. Your world becomes smaller and smaller, and you can’t breathe, which is the worst feeling I’ve ever had.”

As the panic attacks increased, happening even when she was at home, Bündchen explains she considered suicide.

“I actually had the feeling of, ‘If I just jump off my balcony, this is going to end, and I never have to worry about this feeling of my world closing in,'” she said.

While she was initially prescribed Xanax for her anxiety, Bündchen worked with doctors to make healthy lifestyle changes, like cutting out sugar and starting yoga and meditation.

“I had been smoking cigarettes, drinking a bottle of wine and three mocha Frappucinos every day, and I gave up everything in one day,” she said. “I thought, if this stuff is in any way the cause of this pain in my life, it’s gotta go.” 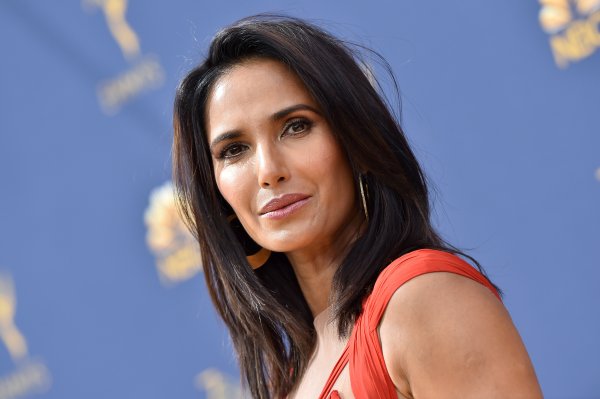 Padma Lakshmi Says She Was Raped at 16 and Kept Silent for Years
Next Up: Editor's Pick