Seated alongside his wife, Ashley Estes Kavanaugh, the U.S. Court of Appeals judge insisted he would not be withdrawing from the confirmation proceedings.

Kavanaugh is scheduled to testify before the Senate Judiciary Committee Thursday regarding allegations made by California college professor Christine Blasey Ford, who says that an intoxicated Kavanaugh attempted to remove her clothes and covered her mouth to prevent her from screaming at a high school house party in the 1980s.

On Sunday, the New Yorker reported that a second woman, Deborah Ramirez, says Kavanaugh exposed himself to her at a party during their freshman year at Yale University.

Kavanaugh repeated his denials of both allegations again during his TV appearance on Monday.

Read a full transcript of the interview below: 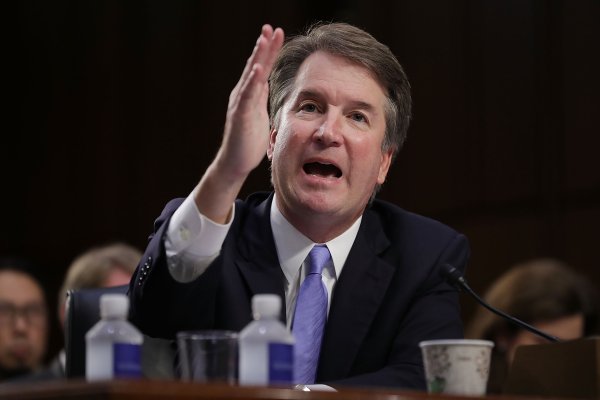 Kavanaugh Tells Fox News He Was a Virgin in High School
Next Up: Editor's Pick