'These Are Smears, Pure and Simple.' Brett Kavanaugh Doubles Down on His Defense After Second Accuser Comes Forward

Brett Kavanaugh has doubled down on the defense of his Supreme Court nomination and refused to withdraw – even as a second woman came forward with an allegation of sexual misconduct from decades ago.

Kavanaugh’s vow came less than 24 hours after The New Yorker published an account from Deborah Ramirez, who says Kavanaugh exposed himself to her at a party during college while they were both at Yale. Kavanaugh is already facing an accusation by another woman, Christine Blasey Ford, who says he drunkenly pinned her down, covered her mouth and attempted to remove her clothes while they were both in high school.

Kavanaugh denies both allegations. In his latest letter he says he “categorically and unequivocally” denies Ford’s account, and that Ramirez’s story is “false and uncorroborated.”

Read More: How Brett Kavanaugh’s Second Accuser Just Raised the Stakes for Everyone

“These are smears, pure and simple,” Kavanaugh’s letter says. “And they debase our public discourse. But they are also a threat to any man or woman who wishes to serve our country. Such grotesque and obvious character assassination—if allowed to succeed—will dissuade competent and good people of all political persuasions from service.”

Kavanaugh and Ford are set to appear before the Senate Judiciary Committee in a hearing on Sept. 27. Read the full text of Kavanaugh’s letter below. 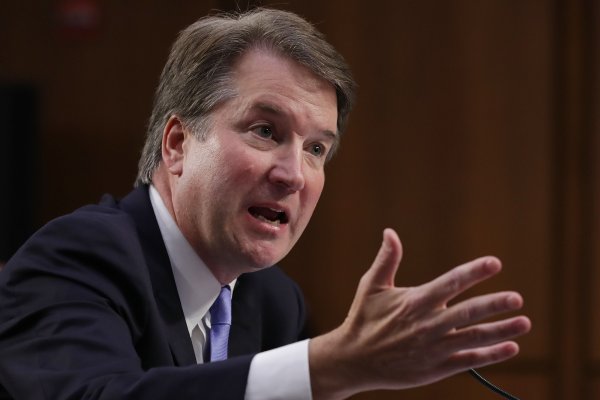 GOP Voter on Brett Kavanaugh: 'What Boy Hasn’t Done This?'
Next Up: Editor's Pick