This Medical Clip May Be a Powerful Treatment for Heart Failure, Study Says

A MitraClip surgery at one of the University of Colorado Hospital's catheter labs on Thursday, July 17, 2014 in Aurora, CO.
Kent Nishimura—Denver Post via Getty Images
By Jamie Ducharme

A seemingly simple but sophisticated clip may usher in a “new era” for patients suffering from a severe and difficult-to-treat complication of heart failure, according to a new study.

The device, called the MitraClip, reduced hospitalizations related to heart failure by nearly half and deaths by nearly 40% among patients with a specific and serious complication of heart failure, compared to those who received standard medical treatment. The results were published Sunday in the New England Journal of Medicine.

“This therapy really offers an important new option for very desperate patients who are suffering with heart failure and who have no therapeutic alternatives,” says Dr. Gregg Stone, the study’s co-principal investigator and the director of cardiovascular research and education at the Center for Interventional Vascular Therapy at NewYork-Presbyterian/Columbia University Irving Medical Center. “This is a new era dawning for truly desperate patients with heart failure.”

The study involved 614 patients with a serious condition called secondary mitral regurgitation (MR). These patients’ mitral valves leak, causing blood to back up into the heart and forcing the organ to work harder to circulate blood throughout the body.

In some patients — those with primary MR — leakage happens as a result of damage to the mitral valve itself, which can typically be repaired surgically. But in those with secondary MR, the heart muscle is damaged, often from a serious event like a heart attack. The heart enlarges as a result of that damage, distorting the mitral valve and causing blood back-flow. That leakage then causes the heart to further enlarge, perpetuating the cycle.

People with secondary MR also tend to be sicker than those with primary MR, given the weakened condition of their hearts. That means the risks of death or complications are usually too high to consider surgical interventions, leaving these patients with few good options for treating symptoms such as fatigue and breathlessness. Even with drugs and rhythm-regulating pacemakers, long-term prognosis is typically poor.

Roughly 5.7 million Americans have heart failure, according to the Centers for Disease Control and Prevention, and Stone says up to 40% of these patients have some degree of secondary MR. Around 10% have severe secondary MR like that assessed in the study, he estimates.

The MitraClip could offer these patients a new option, Stone says. The device, which is inserted through a minimally invasive procedure, clips together the leaky mitral valves’ flaps, allowing them to close. Doing so stops blood back-flow and reduces stress and extra volume on the heart, Stone explains.

The more than 600 patients in the study, who received care at 78 medical centers in the U.S. and Canada, were randomly assigned to receive either the MitraClip and a standard medical therapy regimen, or medical therapy alone. Each person was then tracked for two years. The study was funded by Abbott, the pharmaceutical, medical device and health care company that makes the MitraClip, but the data was reviewed by outside experts.

During the follow-up period, 151 people in the control group were hospitalized and 61 died. By contrast, 92 MitraClip patients were hospitalized for heart failure and 28 died. The researchers also found the MitraClip to be largely safe for secondary MR patients. A year after implantation, fewer than 4% of patients had experienced any complications related to the device.

The Food and Drug Administration (FDA) in 2013 approved the MitraClip for use in patients with primary MR who are not fit for surgery, and it has been used in Europe to treat secondary MR. But the new study provides the first substantive research demonstrating its efficacy against secondary MR specifically, and the researchers hope that the FDA will approve it for this use.

It’s not clear when that approval could happen. But Dr. Mathew Williams, one of the study’s investigators and director of the Heart Valve Center at NYU Langone Health, says “it would be shocking” if the FDA didn’t sign off, based on the strength of the results.

Pending that approval, Williams says the findings could totally change the way secondary MR is managed.

“This is a population that, by and large, nobody has been treating,” Williams says. “This is something that’s really going to change how we do things. I don’t think anyone speculated that it was going to be this much of a benefit.” 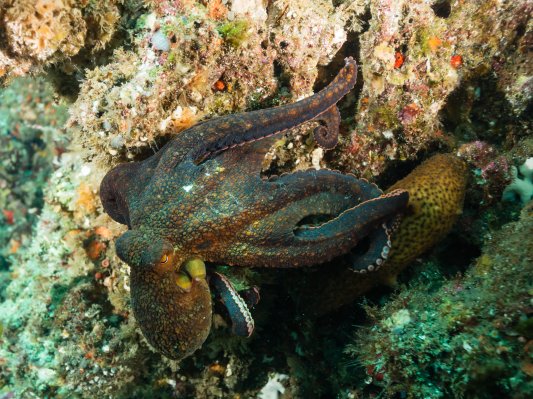 Giving Ecstasy to Octopuses Taught Researchers Something Important About the Brain
Next Up: Editor's Pick