Last Week Tonight may not be posting their latest video on Facebook. On Sunday night’s episode of the show, John Oliver turned his attention to the social media site that he calls ”the worst place to wish happy birthday to a friend other than at a funeral.”

Specifically, Oliver wanted to look at Facebook’s “aggressive” push overseas which has led to more than 80% of its users living in foreign countries. Per Oliver, Facebook has been touting the idea that “all connections are good connections,” even though on the Internet a certain number of those connections will post things like “jews control sharks that did 9/11.”

Noting Facebook’s early motto “move fast and break things,” Oliver explained that in its overseas growth, it has made some ”hugely consequential mistakes,” notably in Myanmar where the platform has been linked to the spread of propaganda and messaging related to violence against the country’s Rohingya Muslim minority that has drawn allegations of genocide. While Oliver feels comfortable saying that Facebook CEO Mark Zuckerberg is “not guilty of genocide in Myanmar (as of this taping),” but “by all accounts Facebook did enflame preexisting tensions there.” U.N. investigators said that in Myanmar, “Facebook has been a useful instrument for those seeking to spread hate.”

Oliver realizes how weird it is to hear something that started out as “frivolous” as Facebook denounced by U.N. investigators as an instrument of hate. “It’s as if five years from now U.N. investigators described bubble tea as an aggressive threat to human rights,” Oliver says, but in Myanmar the site has become ”an echo chamber of Islamophobia.” That’s particularly dangerous in that country, because according most people in Myanmar people get their news from Facebook. “No one should be judged by the worst things people say about them on Facebook,” says Oliver, who then read some of the things people called him on Facebook including that he looks like “a distressed bird in a pet shop trying desperately to get your attention.”

While Facebook has rules and regulations about hate speech, including features where users can report hate speech, according to Oliver they weren’t applied in Myanmar, partially because the reporting feature was in English, not Burmese, and Facebook had few Burmese speakers on staff to monitor it. Oliver notes that while Facebook claims it likes to move fast and break things, in Myanmar at least it has “moved slowly“ as it tries to fix things.

To remind users that Facebook is nothing more than “a fetid swap of mistruths and outright lies interspersed with the occasional reminder of a dead pet,” Oliver’s staff made an honest ad for the social media site, complete with a new tagline: “Facebook is a toilet and god willing your country will survive it.” 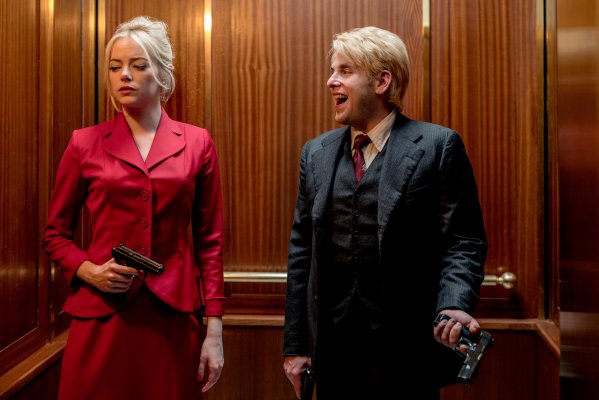 The Most Exciting Netflix Drama Since Stranger Things
Next Up: Editor's Pick