(Bloomberg) — The White House has drafted an executive order for President Donald Trump’s signature that would instruct federal antitrust and law enforcement agencies to open investigations into the business practices of Alphabet Inc.’s Google, Facebook Inc. and other social media companies.

The order is in its preliminary stages and hasn’t yet been run past other government agencies, according to a White House official. Bloomberg News obtained a draft of the order.

The document instructs U.S. antitrust authorities to “thoroughly investigate whether any online platform has acted in violation of the antitrust laws.” It instructs other government agencies to recommend within a month after it’s signed actions that could potentially “protect competition among online platforms and address online platform bias.”

The document doesn’t name any specific companies. If signed, the order would represent a significant escalation of Trump’s antipathy toward Google, Facebook, Twitter and other social media companies, whom he has publicly accused of silencing conservative voices and news sources online.

“Social Media is totally discriminating against Republican/Conservative voices,” Trump said on Twitter in August. “Speaking loudly and clearly for the Trump Administration, we won’t let that happen. They are closing down the opinions of many people on the RIGHT, while at the same time doing nothing to others.”

Social media companies have acknowledged in congressional hearings that their efforts to enforce prohibitions against online harassment have sometimes led to erroneous punishment of political figures on both the left and right, and that once discovered those mistakes have been corrected. They say there is no systematic effort to silence conservative voices.

The draft order directs that any actions federal agencies take should be “consistent with other laws” — an apparent nod to concerns that it could threaten the traditional independence of U.S. law enforcement or conflict with the First Amendment, which protects political views from government regulation.

“Because of their critical role in American society, it is essential that American citizens are protected from anticompetitive acts by dominant online platforms,” the order says. It adds that consumer harm — a key measure in antitrust investigations– could come “through the exercise of bias.”

The order’s preliminary status is reflected in the text of the draft, which includes a note in red that the first section could be expanded “if necessary, to provide more detail on role of platforms and the importance of competition.”

The possibility of an executive order emerged as Attorney General Jeff Sessions prepares for a Sept. 25 briefing by state attorneys general who are already investigating the tech firms’ practices.

The meeting, which will include a representative of the Justice Department’s antitrust division, is intended to help Sessions decide if there’s a federal case to be made against the companies, two people familiar with the matter have said. At least one of the attorneys general participating in the meeting has indicated he seeks to break up the companies.

Growing movements on the right and left argue that companies including Google and Facebook engage in anticompetitive behavior. The companies reject the accusation, arguing they face robust competition and that many of their products are free. Bias has not typically figured in antitrust examinations.

In July, for instance, Twitter algorithms limited the visibility of some Republicans in profile searches. Jack Dorsey, the company’s chief executive officer, testified before Congress in September that the limits also affected some Democrats as the site tried to enforce policies against threats, hate, harassment or other forms of abusive speech. The moves were reversed.

Even on the right, however, there are misgivings about a Trump administration crackdown on the companies. On Friday, libertarian-leaning groups including FreedomWorks and the American Legislative Exchange Council sent a letter to Sessions expressing “fear” that his “inquiry will be to accomplish through intimidation what the First Amendment bars: interference with editorial judgment.” 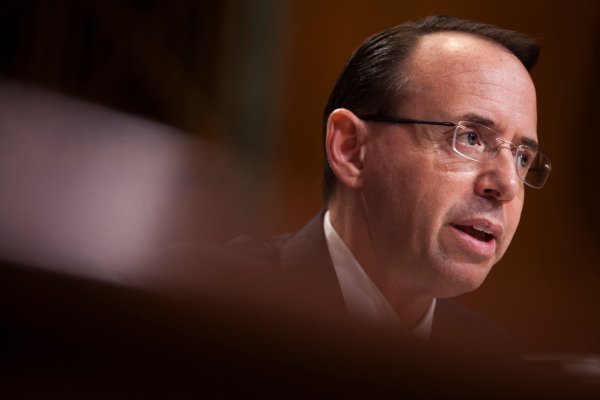