'We Do Not Support This Conduct.' PayPal Joins the Growing Number of Sites to Ban InfoWars

Alex Jones can add PayPal Holdings Inc. to the list of companies ending ties to the conspiracy theorist and his InfoWars website for hateful and intolerant behavior.

The payments company said Friday in a blog post that it will no longer offer its services to InfoWars and related websites. PayPal processes transactions such as credit card payments for websites and apps.

“We undertook an extensive review of the InfoWars sites, and found instances that promoted hate and discriminatory intolerance against certain communities and religions that run counter to our core value of inclusion,’’ the payments company said. “We believe that hatred and discrimination have no place in our democratic society and, we do not support this conduct.’’

PayPal joins a variety of other technology companies, including Apple Inc., Facebook Inc.. Google’s YouTube and Twitter Inc., in banning Jones and InfoWars from their platforms, saying he promotes hate speech, bullying and harassment. Jones is known for spreading false allegations such as that the 2012 mass shooting at Sandy Hook Elementary School in Connecticut was a hoax.

InfoWars shot back on its website, writing that the ban “represents nothing less than a political ploy designed to financially sabotage.’’ PayPal is giving the site 10 business days to switch payment processors before its services will be terminated.

PayPal took similar action in August 2017 to stop processing payments for groups associated with the hate march in Charlottesville, Virginia. The San Jose, California-based company declined further comment on its action against InfoWars. 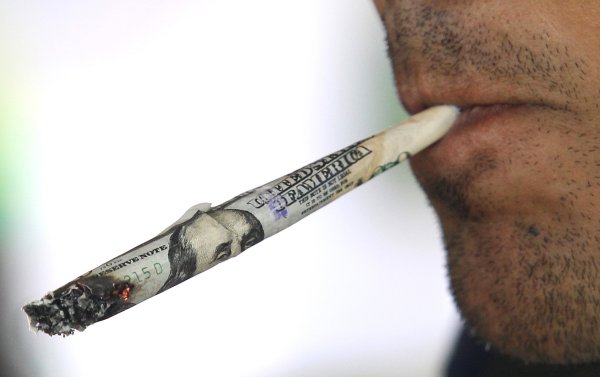 This Canadian Pot Company Had An Unbelievably Wild Day on the Stock Market
Next Up: Editor's Pick