Mexico’s President-elect Andrés Manuel López Obrador has insisted he will sell the presidential jet despite being delayed on a commercial flight for around four hours at an airport on Wednesday.

Due to adverse weather in Mexico City as a result of the country’s rainy season, the airport was temporarily closed inconveniencing hundreds of passengers, including the politician’s flight from the beach resort of Huatulco on the Pacific coast to the capital.

In a video shot by Reuters on board the postponed flight, López Obrador said: “I am not going to change my mind because of this,” and refused to make use of the luxurious $216.7m presidential jet ordered by his predecessor.

The far-left leader, who won by an overwhelming majority in July, has committed to a less extravagant presidency, promising to transform the presidential palace into a culture centre and move to a more modest home. He will also accept almost half the wage of his predecessors at roughly $5,000 a month.

López Obrador, who is nicknamed AMLO in his native country, will be inaugurated as president on Dec.1. 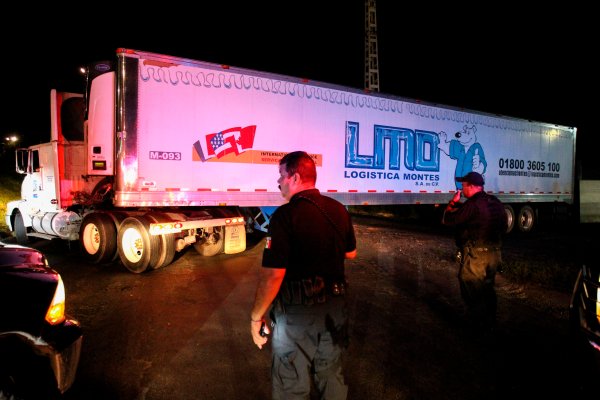 Mexico State Had No Room for Corpses, Stored Them in Trailer
Next Up: Editor's Pick