Residents about to perform a prayer ceremony at Pura Madya Lempuyang, in Karangasem, Bali, on Oct. 3, 2017.
Dasril Roszandi—NurPhoto/Getty Images
By Eli Meixler

Authorities in Bali, Indonesia are setting new guidelines for tourists visiting its famed temples to mandate more respectful behavior amid what one official bemoaned as a decline in the “quality of tourists.”

The Guardian reports that the Balinese government will be reassessing temple rules in the coming weeks, including whether even to allow visitors to tour the sites without the supervision of a local guide.

The new regulations have not yet been released, but they are likely to target the tendency of tourists to clamber over sacred structures or pose beside them for Instagram photos while improperly attired.

A photo of a Danish tourist sitting on a Hindu deity’s throne at the sacred Puhur Lutur Batukaru temple recently went viral, according to the Guardian, angering local authorities and prompting an investigation.

“The temples need to be preserved since they are the spirits of Bali’s cultures and customs,” Bali deputy governor Tjokorda Oka Artha Sukawati reportedly told a regional council meeting this week. “It is because we are too open with tourists, so too many come, and indeed the quality of tourists is now different from before.”

Bali is known as the “Island of a Thousand Puras” for its striking Hindu temples, some of which date back to the 11th Century. But the Indonesian island has also become a popular holiday hotspot, drawing over 5 million visitors with its tropical beaches and thumping nightlife in 2017, according to the Jakarta Post.

The government is setting its bar even higher this year, targeting 7 million tourists. 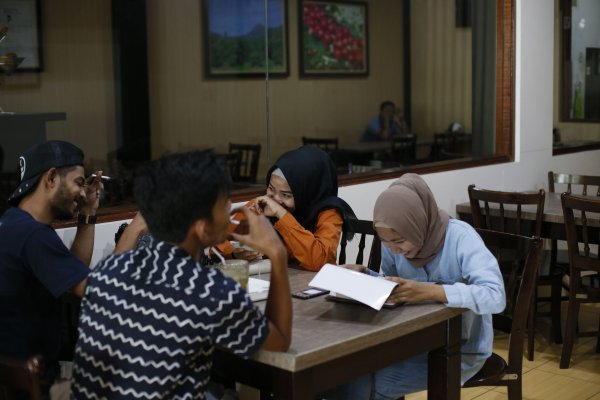