Women wearing niqab to veil their faces take part in a demonstration on August 1, 2018, the first day of the implementation of the Danish face veil ban, in Copenhagen, Denmark.
MADS CLAUS RASMUSSEN—AFP/Getty Images
By Casey Quackenbush

Resistance is mounting against a proposal by Denmark’s ruling right-wing coalition to require a handshake as part of a citizenship naturalization ceremony, a provision critics say deliberately targets Muslims, some of whom prefer to place a hand on their chest instead for religious reasons.

The Guardian reports that if the measure passes in parliament, several Danish mayors have vowed to ignore it.

“It’s absurd that the immigration minister thinks this is an important thing to spend time on,” Kasper Ejsing Olesen, the mayor of the central town of Kerteminde, told the Guardian. “Shaking hands does not show if you are integrated or not.”

According to a new poll published on Thursday, 52% of those surveyed disagree with the mandatory handshake rule, but the measure has gained traction among hardliners.

Several incidents involving Muslim migrants refusing handshakes have cropped up this year in Europe, according to the Guardian. An Algerian woman was denied citizenship in France this year for refusing to shake hands with male officials, a decision backed by the country’s highest court. A similar incident in Switzerland also cost a Muslim couple their citizenship last month, while a woman in Sweden won compensation after a prospective male employer broke off a job interview after she refused to shake his hand.

“A handshake is how we greet each other in Denmark,” said Inger Støjberg, the country’s immigration minister said this month. “It’s the way we show respect for each other in this country.”

The measure making handshakes mandatory is part of larger citizenship bill put forth by parliament, under which applicants pledge to uphold Danish values and “act respectfully towards representatives of the authorities.”

“The package includes a ceremony at which you make a statement of loyalty and shake hands,” said Naser Khader, conservative party spokesman, this month. “Some people would give their right arm for citizenship. I’m sure they’d also give their hand.”

Among other increasing hardline immigration policies, Denmark in January tightened its border to stem the inflow of migrants, and in June became the latest European country to ban burqas and niqabs. 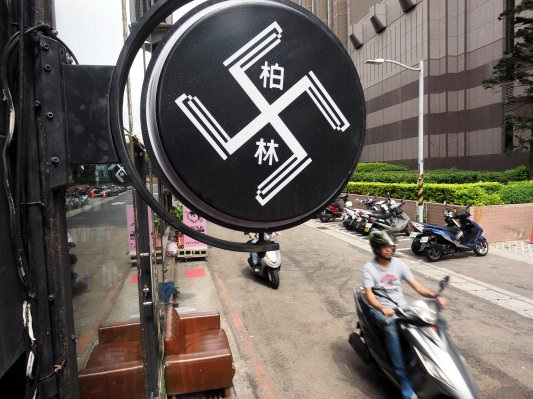