Much of this Richard B. Dunn Solar Telescope found at Sunspot, New Mexico is actually below ground.
SWInsider—Getty Images/iStockphoto
By Mahita Gajanan

The mystery over why a solar observatory in New Mexico suddenly closed for two weeks has been solved.

The FBI suddenly shut down the Sunspot Solar Observatory on Sept. 6 and kept it closed until Monday, sparking conspiracy theories about aliens. But according to a federal search warrant, the closures occurred because a janitor had used a Sunspot observatory laptop to allegedly send and receive child pornography and later allegedly made veiled threats toward the facility.

FBI agents seized the laptop. Upon discovering the laptop was gone the next morning, the janitor began complaining about “lax security” at the observatory and started to search “feverishly through the facility,” according to the search warrant. The janitor also allegedly said it was only “a matter of time” until the observatory “got hit.”

Those comments led the FBI to shut down the observatory, raising suspicion that the sudden closure without explanation had something to do with extra terrestrial life. Conspiracy theories flew as little reason was given for the closure until this week.

On Sunday, the Association of Universities for Research in Astronomy, which manages the observatory, released a statement saying it would reopen on Sept. 17 and that the facility had evacuated “as a precautionary measure while addressing a security issue.”

“We recognize that the lack of communications while the facility was vacated was concerning and frustrating for some,” the statement said. “However, our desire to provide additional information had to be balanced against the risk that, if spread at the time, the news would alert the suspect and impede the law enforcement investigation. That was a risk we could not take.” 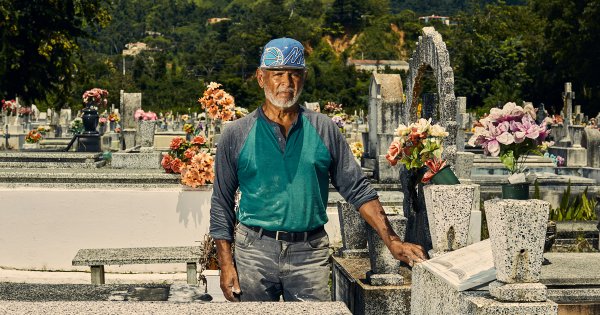 In Puerto Rico, Many of the 3,000 Deaths Were Slow and Painful. Just Like the Recovery
Next Up: Editor's Pick