When Paul Svensson began climbing the ladder at Sweden’s Michelin-starred restaurants, he just wanted to get things right. Following the exacting rules of traditional gastronomy, he believed beauty on a plate was a matter of uniformity. Each dish had to look exactly like the previous one. “But to achieve that, you’ve got to cut so much away,” the 44-year-old chef says. “You’ve got to force nature to be something it’s not.”

As head of his own kitchen, Svensson now has a different approach. His Restaurant at Fotografiska in Stockholm (attached to Sweden’s national photography museum) is at the forefront of a “zero-waste” movement tackling a frustratingly modern problem. According to the U.N., roughly a third of the food produced for human consumption each year ends up lost or thrown away. Reasons for wasting these 1.2 billion tons of food include poor planning, logistical difficulties and–most infuriatingly for Svensson–our aversion to produce that looks less than perfect. The average person in North America and Europe throws away 210 to 255 lb. of food every year, compared with just 13 to 24 lb. in developing regions.

Some brave restaurateurs are trying to change that. Through careful planning and imaginative dishes, they are hoping to overhaul industry practices–and convince customers that sustainability doesn’t have to be boring. “Food is mainly chemistry. I love seeing how it all comes together to make something new,” says Svensson, who wanted to be an engineer before he fell into cooking.

At Fotografiska, Svensson designs plant-based menus that change with each new batch of seasonal produce that arrives. Customers can still choose a meat-based side dish, but Svensson argues in favor of raising the status of vegetables. “Actually to get a really good carrot is just as expensive as a chicken, and it takes more time and care to turn it into something amazing,” he says.

One favorite dish is “compost-baked onion.” Onions left over from other dishes are peeled and composted overnight; Svensson then cooks new onions in that mixture, intensifying the flavor before adding organic or wild mushrooms and crispy Jerusalem artichokes. He uses the leaves and flowers of the artichoke to make a “sweet plant dish.”

The zero-waste approach also applies at Svensson’s other restaurant, Retaste, and always extends beyond the kitchen. When mussels are on the menu, their blue shells get crushed up to make plates. Old wine bottles are sent to an artisan in southern Sweden who turns them into glasses and vases. Any organic matter that can’t be used is folded into a rich compost and sent back to the farm.

Svensson wants a visit to his restaurant to change the way his customers think about waste. “They can take the attitude from our restaurant and apply it whenever they look in their fridge,” he says. “The only thing that creates waste is a lack of imagination.”

Svensson’s imagination has earned him a place alongside Alain Ducasse and Yotam Ottolenghi on the Plant-Forward 50–a list by the Culinary Institute of America recognizing innovative chefs working on sustainable plant-based cuisine. It’s an urgent mission: livestock farming is responsible for roughly 15% of global greenhouse-gas emissions, and U.N. scientists have been arguing in favor of vegan diets since 2010. The health benefits of eating less meat, including a reduced risk of cancer and heart disease, are also a draw at plant-based restaurants.

But Svensson insists that taste is the most important factor. “We have to compete on the same grounds as everyone else,” he says. “If it’s not tasty, people aren’t going to be interested.” 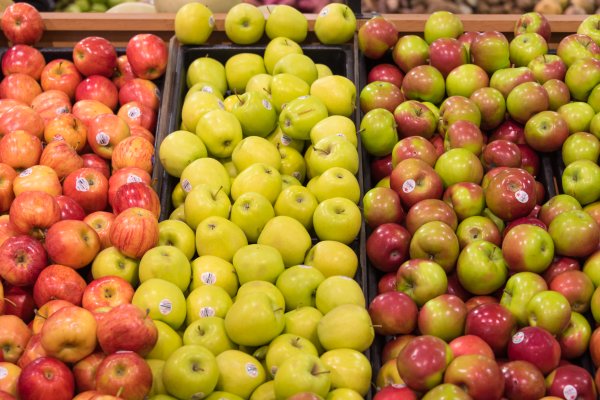 For the First Time in Decades, Red Delicious Is No Longer America's Favorite Apple
Next Up: Editor's Pick