What drew you to the role of Tony Jr.?

We wanted this show to be very character-driven, fun for the whole family and mystery-based, the same way you’d watch a Columbo, or Poirot on PBS. We wanted it to be about the whodunit and a love letter to New York. It’s not every day you get offered an opportunity to step even further out of the pigeonhole. Every great thing I’ve done in my life has come through an unexpected door that’s opened.

You’re known for your long hair, but you try out a new look in The Good Cop.

To be honest, growing out my hair was just my way of hiding my ears in high school, and then it stuck. On The Good Cop, I had to cut my hair and my beard to NYPD regulations. I can’t stand TJ’s hairstyle. I don’t think it suits me at all.

You got your start as a stand-in for Andrea Bocelli in 1999 during a Grammy rehearsal. Now he’s featured on your new album. How did that happen?

It’s incredible when something that started it all comes full circle. When my collaborators and I were writing, we put this melody together that sounded very flowing. It had an Italian energy to it. And the first thing we thought–it was 2 in the morning at a studio in New York–was, “Let’s just send it to Andrea, see if he’s got a lyric idea.” A shot in the dark. Thankfully, he said yes.

What story does this album tell?

I had just come off of Broadway [in Natasha, Pierre and the Great Comet of 1812], almost 300 performances where you’re sitting around in your dressing room waiting to go on for endless hours with a little piano in front of you. When that stopped, the ideas just poured out of the walls. After leaving the show and feeling like the world was in a tailspin, going to the studio every day to write was so cathartic. It was like exorcising this demon of how we felt in the world. Because of that, it actually didn’t come out as this sorrow-filled, melancholy thing. It came out as this hopeful, optimistic, rhythmic energy. 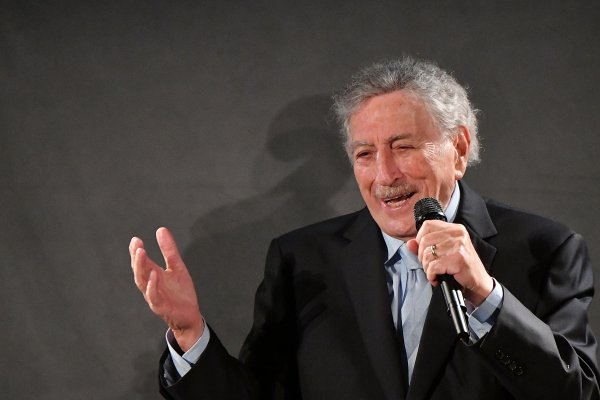