Sesame Street Muppets Ernie and Bert pose for photographs during a press conference on the 40th anniversary of the Sesame Street in Hamburg, Germany, 07 January 2013.
Getty Images
By Alejandro de la Garza

The former Sesame Street writer whose comments many on the internet interpreted as “confirmation” that Bert and Ernie are gay is now saying his comments were misinterpreted.

Mark Saltzman, a former writer on “Sesame Street” who is gay, said in in an interview that he took inspiration from his own relationship in writing the duo. “I don’t think I’d know how else to write them, but as a loving couple,” he told Queerty, a gay and lesbian news and entertainment site.

The statement made waves on the internet, with some excited over the news.

Sesame Workshop, the non-profit that produces Sesame Street, said in a statement that Bert and Ernie are puppets, “and do not have a sexual orientation.”

In a phone interview with The New York Times on Tuesday, Saltzman said: “As a writer, you just bring what you know into your work.” He added: “Somehow, in the uproar, that turned into Bert and Ernie being gay. There is a difference.”

He also told the Times that he thinks Sesame Street should feature a gay couple, but that they should be represented with human characters instead of puppets.

Frank Oz, who helped create the Bert and Ernie characters, said on Twitter that the two are not gay.

Sesame Workshop later put out a second statement saying that “Sesame Street has always stood for inclusion and acceptance. It’s a place where people of all cultures and backgrounds are welcome.”

For Saltzman, the nature of the relationship between Bert and Ernie is open to interpretation. “It’s like poetry,” he sai. “It’s what you need it to be.”

The question of sexuality in Bert and Ernie’s relationship on Sesame Street has bubbled to the forefront of the public consciousness over the past decade. In 2011, an online petition to allow duo to get married gained attention. In 2013, after the Supreme Court struck down a key part of the Defense of Marriage Act, an opinion writer in Time wrote, “Modern viewers don’t have to think [Bert and Ernie are] gay, but if you don’t like gays it must be hard to like them.” 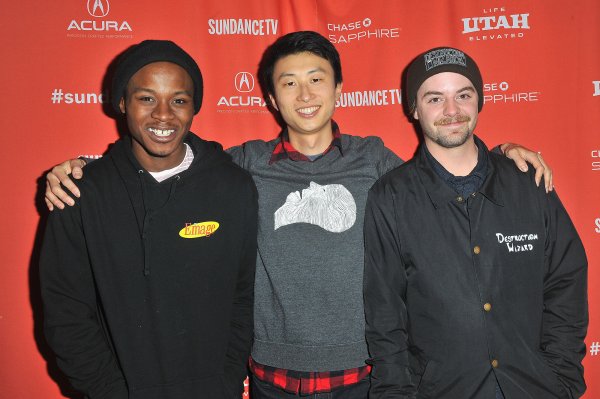 Director Bing Liu Discusses Exploring the Cycle of Violence in Powerful Coming-of-Age Documentary Minding the Gap
Next Up: Editor's Pick