President Trump expressed his support Wednesday after North Korean leader Kim Jong Un pledged to reduce his country’s nuclear capabilities at a summit this week with southern counterpart, at which denuclearization is high on the agenda.

“Very exciting!” Trump said at the end of a pair of late-night tweets, which also touted the return of the remains of American Korean War casualties and an announced proposal for North and South Korea to jointly host the 2032 Summer Olympics.

Kim and Moon are meeting in the North Korean capital for a three-day summit, their third this year, amid a diplomatic impasse between Pyongyang and Washington. On Wednesday, the Korean leaders signed a joint statement supporting a nuclear weapon-free peninsula to “eliminate all the danger of war,” the Associated Press reports. In a rare gesture of transparency, Kim also agreed to allow international inspectors to monitor the closure of a missile engine test site and launch pad.

“We have agreed to make the Korean Peninsula a land of peace that is free from nuclear weapons and nuclear threat,” Kim said at a joint press conference with Moon on Wednesday, according to AP.

Kim has repeatedly stated a commitment to denuclearization, and has dismantled other facilities since he met with President Trump at a landmark summit in Singapore in June. But Washington has said that North Korea is still producing nuclear fissile material. As recently as July, the country was also making “rapid” infrastructure improvements at Nyongbyon, according to North Korea monitoring group 38 North. 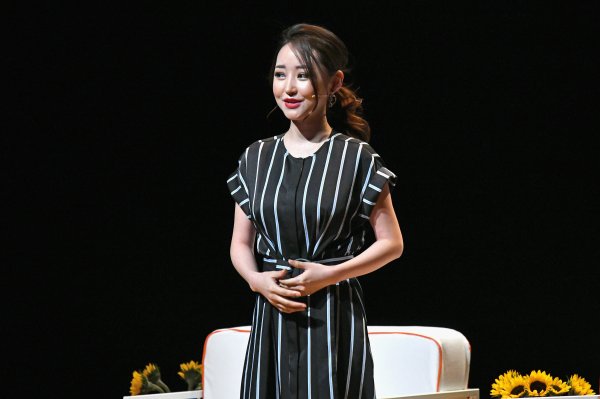 I Endured North Korea's 'Emotional Dictatorship' for 13 Years Before Escaping. Here's the Best Way to End It
Next Up: Editor's Pick