Elon Musk’s SpaceX introduced the world to the company’s first space tourist Monday night, announcing that Japanese billionaire Yusaku Maezawa is set to embark on a voyage around the moon.

“Finally, I can tell you that I choose to go to the moon!” said Maezawa at a press conference at the aerospace company’s headquarters on the outskirts of Los Angeles.

Maezawa’s journey will not take place until at least 2023 on a yet-to-be-built rocket. The mission could be delayed for a number of reasons, including production delays and more.

Here’s what to know about Yusaku Maezawa.

Who is Yusaku Maezawa?

Maezawa, 42, lives in Chiba, a city 25 miles southeast of Tokyo. He was a billionaire by his mid-30s, making his fortune in online retailing. He started Japanese e-commerce giant Start Today in 1998 and popular fashion marketplace Zozotown in 2004.

He is the 18th richest man in Japan, according to Forbes, with a personal wealth of $2.9 billion.

An enthusiastic art collector, he is known for dramatic splurges. In 2016, he dropped almost $100 million during a spending spree at two art auctions in New York. His most expensive known purchase is a large work by Jean-Michel Basquiat valued at $110.5 million.

What will Maezawa do on the trip?

Maezawa isn’t going to the moon alone. He plans to invite between six and eight artists to join him on the trip as part of a project called Dear Moon, which he launched online shortly after his trip was announced.

“These artists will be asked to create something after they return to Earth, and these masterpieces will inspire the dreamer within all of us,” he said at the press conference. He said he wanted the artists “to see the moon up close, and the earth in full view, and create work to reflect their experience.”

How much did Maezawa may SpaceX for the trip?

We don’t know for sure. Maezawa has not revealed the price of his trip, but Musk said it was “a lot of money.” The trip will be free for the artists he invites along, Maezawa added.

What does Maezawa’s booking mean for SpaceX?

It’s a big boost for SpaceX and its CEO, Elon Musk. SpaceX is still working to built the 387-foot Big Falcon Rocket (BFR) it plans to use for its moon flight. Musk said Maezawa’s payment is big enough to “have a material effect on paying for cost and development of BFR,” which could cost as much as $5 billion overall.

The moon hasn’t seen any human visitors since 1972 and NASA’s last Apollo mission. But Musk’s ambitions go beyond our lunar satellite — the BFR, he hopes, will eventually help get human visitors to Mars, too. Musk believes it’s important for humanity to become a multi-planetary species, and space tourism could help fund that lofty vision.

The announcement is also a bit of good news for Musk, who has been criticized lately for the struggles at his other major company, electric automaker Tesla, and is being sued by a cave diver who Musk alleged without proof is a pedophile. 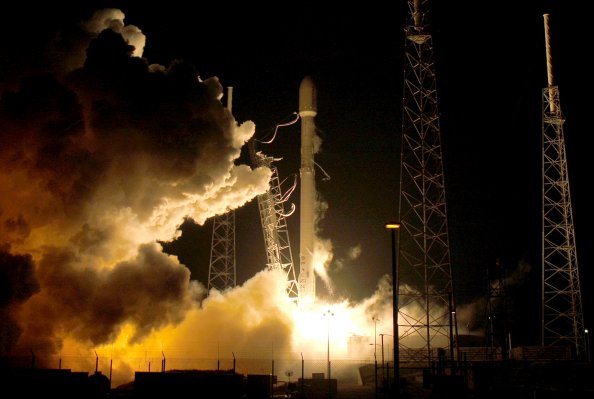