Asia Argento says she wants Rose McGowan to apologize for allegedly making up “horrendous lies” about her — or face legal action.

On Monday, the Italian actress — who has been accused of sexually assaulting an underage boy — tweeted at McGowan, threatening to take “legal action” against her.

“It is with genuine regret that I am giving you 24 hours to retract and apologize for the horrendous lies made against me in your statement [on] August 27th,” Argento, 42, wrote to McGowan. “If you fail to address this libel I will have no option other than to take immediate legal action.”

Neither McGowan nor Argento immediately responded to PEOPLE’s request for comment.

McGowan was one of Argento’s closest allies as the #MeToo movement grew to prominence after both women accused Harvey Weinstein of sexual assault. But McGowan appeared to denounce the actress in August after a bombshell report by The New York Times alleged that Argento had paid $380,000 to silence a young actor who accused the Italian star of sexual assault.

Jimmy Bennett — now 22 — claimed that Argento sexually assaulted him in a California hotel room two months after he turned 17. (In California, 18 is the age of consent.)

Argento denied Bennett’s allegations, but McGowan said she was in distress over the report. “I got to know Asia Argento ten months ago,” McGowan wrote on Twitter. “Our commonality is the shared pain of being assaulted by Harvey Weinstein. My heart is broken. I will continue my work on behalf of victims everywhere.”

The Jawbreaker star, 44, then publicly urged Argento to “do the right thing” and “be honest” in a lengthy statement.

In the statement, McGowan claimed Argento had confessed to sleeping with Bennett in texts sent to Rain Dove, who the Charmed actress is dating.

McGowan also alleged Argento “had stated that she’d been receiving unsolicited nudes of Jimmy since he had been 12.”

Dove later went to the police, with McGowan’s support.

“You were my friend. I loved you. You’ve spent and risked a lot to stand with the MeToo movement,” McGowan wrote in her statement. “I really hope you find your way through this process to rehabilitation and betterment. Anyone can be better — I hope you can be, too.”

Earlier this month, Argento responded to McGowan’s statement on Twitter, saying, “It is a shame @rosemcgowan is not prepared to accept when she is wrong … Rose’s statement continues to make false claims.”

In the tweet, Argento also referenced Dove, claiming that the model was willing to acknowledge making a mistake when spreading information about the Italian star’s relationship with Bennett. Argento attached a screenshot of a tweet that she claimed Dove had since deleted. The image showed Dove allegedly apologizing for misinterpreting texts that the model had previously submitted to the police as part of Bennett’s case against Argento.

Bennett, who played Argento’s son in 2004’s The Heart Is Deceitful Above All Things, previously issued a statement to PEOPLE through his lawyer Gordon K. Sattro.

“I did not initially speak out about my story because I chose to handle it in private with the person who wronged me,” the statement said. “My trauma resurfaced as she came out as a victim herself. I have not made a public statement in the past days and hours because I was ashamed and afraid to be part of the public narrative. I was underage when the event took place, and I tried to seek justice in a way that made sense to me at the time because I was not ready to deal with the ramifications of my story becoming public.”

Argento has repeatedly maintained her innocence. She said in a previous statement, “I am deeply shocked and hurt by having read news that is absolutely false. I have never had any sexual relationship with Bennett.” 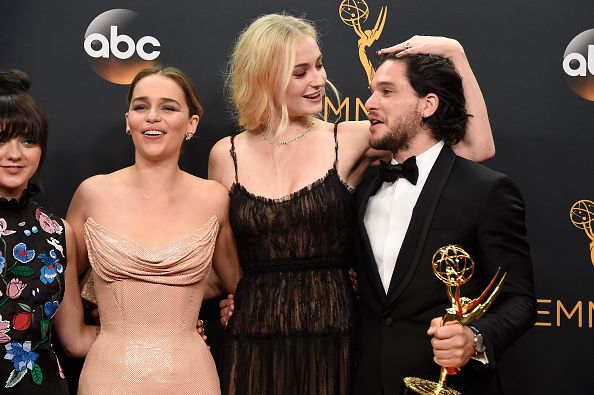 See the Game of Thrones Cast Rule the Red Carpet Through the Years
Next Up: Editor's Pick