One West Virginia library director’s decision to keep Bob Woodward’s Fear Out of her library has backfired.

Fear, an explosive book on the Trump Administration, is already regarded by many as one of the most important books of the year. But for Donna Crocker, the director of the Morgan County Public Library in Berkeley Springs, W.Va., the book had no place on her library’s shelves.

She told The Washington Post on Friday that the library had not stocked Fear, but gave no further reason as to why. The Post did report that the town of about 600 voted overwhelmingly for Donald Trump in the 2016 election.

“I don’t want to get in the middle of that,” Crocker said. “We have other Trump books.”

The move sparked outrage among many in the small community, as well as the rest of the country.

Berkely Springs resident Rob Campbell wrote in a letter to the local newspaper, the Morgan Messenger, that he had attempted to donate a copy of Fear to the library, according to the Post.

“Recently I called to offer Fear, the new Woodward book, but the library declined my offer saying they wouldn’t be putting books like that on the shelves anymore,” his letter read.

The book, which Woodward claims to have researched with an extensive use of verified sources, details a chaotic Trump administration. Anecdotes include reported instances of aides taking documents off the President’s desk to prevent him from acting on them.

The book sold more than 750,000 copies on the day it was released, the largest opening day of sales for any book in Simon and Schuster history, according to The Hill.

Crocker did not get her way in the end. Connie Perry, the president of the trustees of the Morgan County Public Library, told the Washington Post that she did not know the library director had chosen not to carry “Fear” until the decision was brought up in media reports.

“The board didn’t know anything about this,” Perry told the Post. “We have corrected that. The book has been accepted — in fact, two of them.” 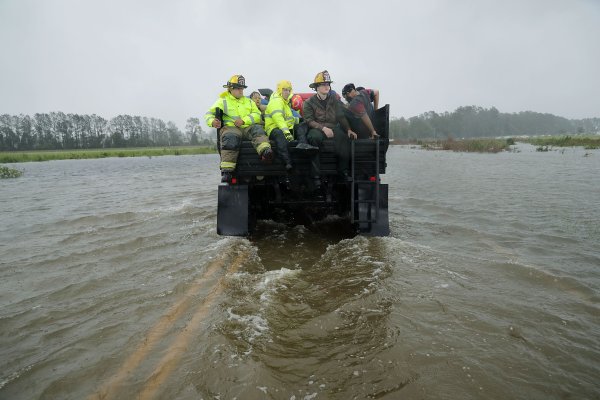 They Refused to Evacuate for Hurricane Florence. Now Hundreds Are Trapped and Calling for Help
Next Up: Editor's Pick