Hurricane Florence has been downgraded to a tropical storm but flooding and heavy rain are still a danger to residents of the Carolinas, weather officials say.

Florence made landfall on the East Coast Friday morning with wind speeds of 195 mph. As of Saturday morning, the National Hurricane Center announced that Florence is now a tropical storm with maximum wind speeds of 45 mph and said heavy rains and catastrophic flooding will continue across portions of North and South Carolina. Mike Doll, Senior Meteorologist at Accuweather said the winds will continue to slow down over the weekend and the main problem moving forward will be flooding due to heavy rains.

“Tomorrow afternoon, the Carolinas will see the heaviest rains,” Doll tells TIME. “Charlotte [W.Va.] hasn’t had a lot of rain — less than an inch — but the worst of the rain will be tonight, five to 10 inches when all is said and done.”

Doll said that people living in low-lying areas next to streams, creeks and rivers, especially in farther inland areas, need to pay attention and evacuate in case rivers start flooding.

“They definitely need to be prepared.” he said.

According to Doll, many areas in North Carolina are seeing somewhere between 10 and 20 inches of rain. Newport, N.C., has already accumulated 23.7 inches. Doll said, based on doppler radar estimates, some areas will accumulate up to 25 inches of rainfall.

By tomorrow afternoon, the center of Florence is expected to be across western South Carolina. Heavy rains will continue to fall in the Carolinas and heavier rains are expected to spread into western parts of North Carolina, in addition to some parts of eastern Tennessee and eastern Georgia, Doll said.

In general, south eastern sections of North Carolina like Wilmington and Fayetteville are at risk of flooding. As of Saturday, Fayetteville has received 2.5 inches of rain but heavier rain are expected this afternoon, with more expected in the coming days, Doll said.

Doll said residents near the Cape Fear River should expect major floods by Monday. He warned that rivers continue to rise after the heaviest rains have fallen.

“Once the last drops of rain [have] occurred doesn’t mean problems are over,” he said. “People that live in flood-prone areas near creeks and rivers need to be prepared. Even after the rain has ended, residents should still pay attention.”

More than 10 million people are under hurricane watches or warnings and 1.7 million have been ordered to evacuate the coast. Over a million residents in North Carolina are currently without power and authorities have confirmed at least five deaths.

The Washington Post reports that, according to preliminary reports submitted to the National Weather Service, Florence’s 30 inches of rainfall in North Carolina has broken the statewide rainfall record set by Hurricane Floyd in 1999 of 24.06 inches. 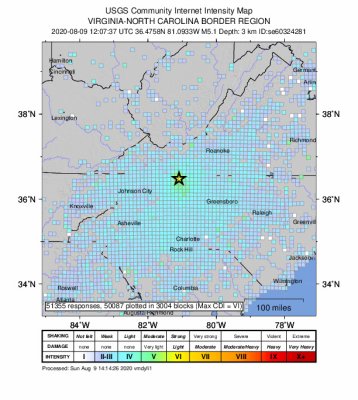