Woody Allen and Dylan Farrow at Mia Farrow's apartment in New York City on May 2, 1989
Ron Galella—WireImage
By Eliana Dockterman

The Farrow-Allen family feud rages on as the children take sides in the ongoing debate over whether Woody Allen sexually abused Dylan Farrow as a child.

Dylan Farrow opened up to People on Thursday about the backlash she’s experienced since claiming her adoptive father, Woody Allen, sexually abused her. Dylan Farrow spoke out publicly for the first time in an open letter published in the New York Times on Feb. 1 about the sexual-abuse allegations her mother Mia Farrow made against Allen in 1993.

“It took all of my strength and all of my emotional fortitude to do what I did this week in the hope that it would put the truth out there,” Dylan Farrow, 28, told People. “I don’t have money or publicists or limos or fancy apartments in Manhattan. All I have is the truth and that is all I put out there.”

Dylan Farrow’s brother Moses Farrow responded to the letter earlier this week by saying his sister was never abused and that Mia Farrow, not Woody Allen, hurt the children. “My mother drummed it into me to hate my father for tearing apart the family and sexually molesting my sister,” Moses Farrow, 36, told People. “And I hated him for her for years. I see now that this was a vengeful way to pay him back for falling in love with Soon-Yi.”

“Of course Woody did not molest my sister,” he added.

“My brother has broken my heart,” Dylan Farrow told People after learning what her brother had said. “Moses divorced himself from the family a long time ago. I always missed him. I loved him and I kept him in my thoughts. These lies — this betrayal — is unfathomable to me coming from a brother I loved and cherished and grew up with.”

Other critics have accused Dylan Farrow of writing the Times letter to support her mother, who made headlines in October when a Vanity Fair story revisited her claims that Allen sexually abused their daughter 20 years earlier and revealed that her son with Allen, Ronan Farrow, might be Frank Sinatra’s biological child. Both Ronan and Mia Farrow have criticized Allen on social media. Some writers have also accused Dylan Farrow of strategically attacking Allen during awards season to sabotage the odds of his latest film, Blue Jasmine.

Dylan Farrow explained that she decided to write the letter after Allen won the Cecil B. DeMille Award for lifetime achievement at the Golden Globes. Her only intention in writing the letter, she said, was “to put the truth on paper from a voice that was not able to speak before.”

“People are saying that I am not actually remembering what I remember,” she said in the interview. “People are saying that my ‘evil mother’ brainwashed me because they refuse to believe that my sick, evil father would ever molest me, because we live in this society where victim blaming and inexcusable behavior — this taboo against shaming the famous at the expense of their victims — is accepted and excused.”

Allen, 78, denies that he ever molested Dylan Farrow and has reportedly requested that the Times publish a response he has written to the accusations. The director maintained during criminal investigations and custody battles for the children in 1992 and 1993 that Mia Farrow had coached Dylan Farrow to tell investigators a made-up story about the abuse. Allen was never charged. 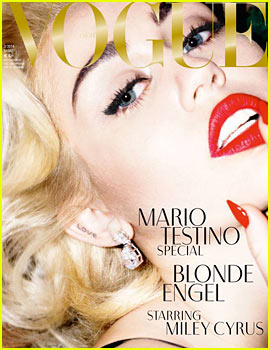