Twice a day for the past week, Michael Sprayberry, the Director of North Carolina’s Division of Emergency Management has briefed officials working out of the sprawling glass and steel building that is serving as the state’s emergency response hub ahead of Hurricane Florence.

Staff from across all corners of state government, and some federal officials, have been working at the Emergency Operations Center for 24-hours-a day since Monday. From a large gray conference room in the center, they have monitored the path of the storm, coordinated with local partners to open shelters and evacuate residents, mobilized first responders, hoped for the best and prepared for the worst.

Sprayberry delivered one of his final briefings before the storm hit on Thursday as Hurricane Florence began her dramatic descent. Act fast, he said, and have faith.

“I’ve got everybody from nuclear scientists to doctors to search and rescue specialists to sheltering specialists to politicians right here in the [Emergency Operations Center],” Sprayberry says. “And I just don’t think that there’s a problem that we can’t solve.”

The coming weeks will test whether or not that is true. Florence approached the North Carolina coast as a Category 2 storm with a diameter of around 500 miles, but has since been downgraded to a Category 1. Storm surges of as high as 13 feet are expected along parts of the Carolina coast. Massive evacuations were ordered along the state’s barrier islands and in cities and towns along the direct path as a result. More than 20 inches of rain are likely to fall in some areas near the coastline and between 10 and 15 inches are projected to fall as far inland as Fayetteville, which sits about 100 miles from the coast.

As the storm approached, the Emergency Operations Center was buzzing with activity. Workers shuffled in and out of rooms with quickened steps and little time to chat. In the parking lot, cars were jammed wherever they could, some parked between medians and blocked pedestrian crossing paths.

A giant map tracking the hurricane’s path and local flood potential was projected on a far wall of a large gray conference room that has served as their base of operations. Just to the left of the screen, a darkened doorway leads to the “command room” where the director and his staff meet. Members of the U.S. National Guard marched in and out of a room nearest the main entrance, their camouflage uniforms standing out in the drab room.

Small rooms around the main hub and down winding hallways in the center housed officials covering all aspects of the response — sheltering and feeding the displaced, tracking the storm and its potential destruction, search-and-rescue. At one rectangular table in the conference room, there were FEMA officials who were tasked with monitoring the state’s four nuclear plants in order to certify that will be OK to operate after the storm passes.

The first responders who will be called on when the storm winds die down were being stationed out of harm’s way ahead of the storm. Helicopters had been positioned across the border in Tennessee. Over 160 swift-water rescue boat crews, 2,800 National Guardsmen, and fire and EMS teams who’d come in from across the country were also mobilized and ready.

“We’ve got a lot of resources, but we don’t want to put them out there where they could be injured or maybe worse,” Sprayberry said ahead of the storm.

By 5 p.m. on Thursday, the Governor and other officials delivered their final briefing before the eye of the storm was set to strike. As they had throughout the week, he and officials went through a litany of updates: at the time, 12,000 citizens filled the 126 shelters that had opened across the state and 30,000 residents had already lost power. Both of those numbers were expected to rise. The storm, they warned for the final time, was not to be played with.

“Don’t relax. Don’t get complacent,” said Gov. Roy Cooper. “This is a powerful storm that can kill. Today, the threat becomes a reality.” 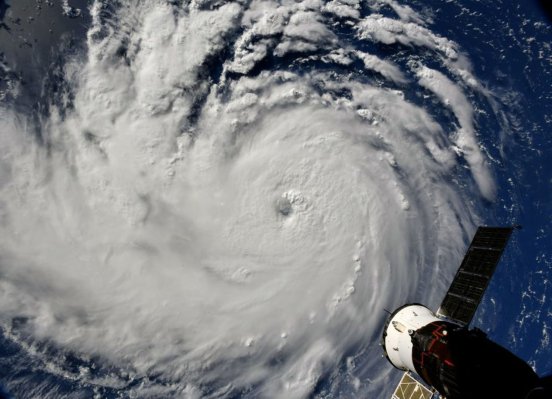 North Carolina Buckles Down
Next Up: Editor's Pick