A Study Found That 3,000 People Died After Hurricane Maria. President Trump Denies It

An independent study found that 2,975 people died in the six months after Hurricane Maria, leading Puerto Rico’s governor in late August to raise the official death toll for the disaster.

But with another hurricane bearing down on North Carolina Thursday morning, President Donald Trump took to Twitter to argue, without evidence, that “3,000 people did not die” and that the numbers were made up by his political opponents to make him look bad.

“When I left the Island, AFTER the storm had hit, they had anywhere from 6 to 18 deaths,” Trump tweeted. “As time went by it did not go up by much. Then, a long time later, they started to report really large numbers, like 3,000.”

The official death toll has been contested since the hurricane struck in the fall of 2017. In the immediate aftermath, Puerto Rico officials had said that only 64 died from the storm, but news reports indicated that many more had died as a result of problems caused by the hurricane.

In August, researchers with the Milken Institute School of Public Health at George Washington University released a study into deaths caused both directly and indirectly by the hurricane which came up with the 3,000 figure.

Trump has also argued that the government’s response to Hurricane Maria an “unsung success” and arguing it was unappreciated because Puerto Rico is “an inaccessible island with very poor electricity and a totally incompetent Mayor of San Juan.”

However, an internal report from the Federal Emergency Management Agency released in July found that the agency failed to prepare properly for Maria or provide enough supplies to the island. 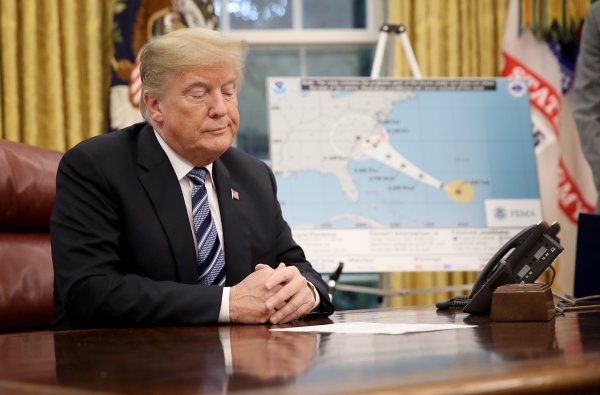