Former President Jimmy Carter Is Still Building His Legacy, One Home at a Time

At 93, Jimmy Carter’s gait is a little stiff, his back a bit stooped. He doesn’t swing a hammer like he once did, preferring to work a table saw. But one week each year, the 39th President of the United States and his wife still travel somewhere in the world to build homes with their own hands for Habitat for Humanity, the global housing charity. And so, on a Thursday in late August, the Carters were on a job site in Mishawaka, Ind., wearing blue hard hats and measuring out lengths of wood for a new patio.

Home is a powerful thing to Carter, the only modern President to return there after leaving the White House. The couple still lives in the two-bedroom ranch house in Plains, Ga., that they built in 1961, and their everyday lives bear little resemblance to the jet-setting and buck-raking of his post-presidential peers. They still cook their own meals and attend their local Baptist church, where Carter teaches Sunday school. You’ll never find Carter giving a speech to an investment bank for hundreds of thousands of dollars.

It’s a bright, crisp morning in this suburb of South Bend, where a formerly vacant lot is being transformed into 23 vinyl-sided houses. The one the Carters are working on will soon belong to Cleora Taylor, a 36-year-old single mother of four, who’ll pay it off with a no-interest mortgage. “We happen to be Christians, and this gives us a chance to put our religious beliefs into practical projects,” Carter says in his soft country drawl. “That’s a very difficult thing for wealthy people to do, like we are–to cross the great barrier between us and people who have never had a decent place to live.”

Carter’s humility might seem a rebuke to those who put more stock in material success or public glory. But he insists he doesn’t judge people with different priorities. “We live the way we want to live,” he says. “That’s what we prefer.” What does annoy him is the worsening inequality he sees in America, which he blames on partisan gerrymandering, voter suppression and the Supreme Court’s “stupid” 2010 campaign-finance decision, Citizens United. “That injected large amounts of money into the political system,” he says, and it “has made our country more of an oligarchy depending on wealth than it is a democracy depending on individual citizens’ votes.”

The Carters have been building for Habitat for 35 years now. He says they’ll keep doing it as long as they can. Carter beat cancer in 2015, and his wife Rosalynn, 91, has walked with a cane since she had surgery earlier this year. The building projects have taken them to 14 countries and 21 states, from Mississippi to Manila and many points between. In 2018, it seems particularly resonant that they’ve come to rural Indiana, in the middle of the American heartland that’s been so scrutinized since Donald Trump’s election. They’re here as a personal favor to local architect LeRoy Troyer, 80, who’s been supervising their building work around the world for the past 33 years. The Carters call him “boss.”

The former President’s focus on housing also fits the moment. Some experts believe soaring home prices could again trigger a market meltdown like the 2008 financial crisis, in which housing-price inflation played a prominent role. More than 38 million American households spend at least 30% of their income on housing, with nearly 19 million spending half or more, making it hard to afford other necessities; it’s both a cause and a consequence of inequality, condemning people to poverty and trapping them there. The situation may seem most acute in big cities, but it’s no less a problem in Middle America: poverty has doubled in Indiana since 2001, and in this Indiana county there are more than 14,000 households spending more than 30% of their gross income on rent.

On the job site, Carter wears a red bandanna around his neck and a silver horseshoe belt buckle with the initials J.C. Both Carters are known as taskmasters, exacting and rigorous. “You want him on your build because he’s so damn smart,” says country-music star Garth Brooks, who, with his wife Trisha Yearwood, is on his 11th year building alongside the Carters. “You might’ve just roofed a house, but if he sees you take a two-second break, he’ll say, ‘Do you need something to do?'” says Yearwood.

Carter’s rectitude and high-mindedness present a stark contrast to the current President, with his gilded penthouse and payoffs to alleged mistresses. Trump never fully divested from his billion-dollar business empire; Carter, when he became President, put his family peanut farm in Plains into a blind trust to prevent accusations of conflict of interest. But Carter downplays their differences as merely partisan. “I’m a Democrat, so I don’t agree with a lot of the policies that President Trump has espoused,” he says. “I pray that he’ll be a successful President. And I have confidence that President Trump, or any other President, they want to do the best they can. But quite often his interpretation of what’s best in a situation is not the same as mine.”

The flags at the Habitat site are at half-staff in memory of recently deceased Senator John McCain, whom Carter describes as a personal hero. They both graduated from the U.S. Naval Academy, 12 years apart, and learned a strict code. “They have a standard there that the preeminent measurement of a person’s ethical and moral standards is whether or not they tell the truth,” Carter says. As for whether Trump meets that standard, Carter says tersely: “I don’t think the current President has that extraordinary commitment to telling the truth that I just described.”

The Carters take their lunch in the mess tent with everyone else. By the time they get there, only the vegan meals are left, so they each grab a veggie wrap and amble over to a blue-tarped table, where they sit with the other volunteers. Carter looks around at all these well-intentioned people giving their time and toil to others, and sees evidence we’re not as divided as we sometimes seem. “I think Americans are inherently oriented toward equality and harmony,” he says. “We’ll change. I have great confidence in the future of my country.”

And then Carter goes back to his table saw, Rosalynn working at a table next to him, painting finials for porch posts. “People ask me what I want to be remembered for, and I generally say peace and human rights,” he says. “I think it’s a basic right of a human being to have a home that’s decent in which to raise children, and to have an adequate amount of health care and to have an adequate amount of education to take advantage of whatever talent God may have given them.”

It’s a simple creed. But when put into practice with this level of dedication, it can seem like a radical one. Taylor, the future homeowner who’s put in hundreds of hours of “sweat equity” to earn her place here, looks at the former President with awe. Home, for her, will mean no more rent hikes, no more squeezing into her grandmother’s decrepit house and a chance for her four children–including a daughter with severe autism–to have a stable foundation. “He’s heaven-sent,” Taylor says of Carter. “It’s God working through him. He’s created something that’s going to go on forever. I truly believe that’s why he’s still around. And I’m going to have a front porch because of him.” Thanks to Jimmy Carter, one more person will know the meaning of home. 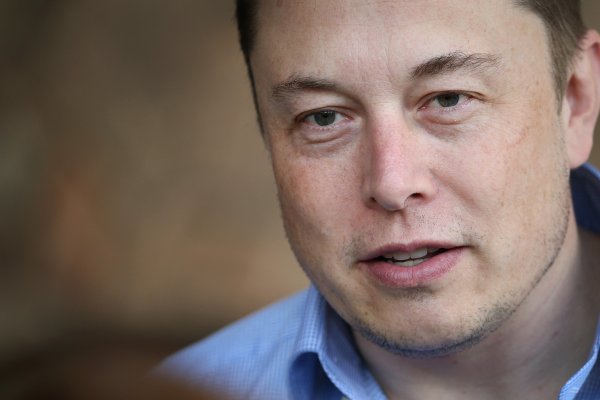