(Bloomberg) — Billionaire hedge fund manager Ray Dalio predicted the U.S. economy is about two years from a downturn, which will see the dollar plunge as the government prints money to fund a swelling deficit.

As the impact of President Donald Trump’s tax cuts starts to fade about 18 months from now, the combination of rising interest rates and mounting costs from pension and healthcare obligations will put pressure on the budget, Dalio, the founder of Bridgewater Associates, said in an interview Wednesday on Bloomberg Television.

“We have to sell a lot of Treasury bonds, and we as Americans will not be able to buy all those treasury bonds,” he said. “The Federal Reserve will have to print more money to make up for the deficit, will have to monetize more, and that’ll cause a depreciation in the value of the dollar.”

Dalio said the U.S. will turn to printing money to fund the deficit because demand for Treasuries won’t meet the nation’s borrowing needs and the government won’t risk choking off growth with higher interest rates. The currency may “easily” weaken by as much as 30 percent, creating a “dollar crisis,” he said, though the economic contraction won’t be as sharp or severe as it was after the 2008 financial crisis.

Likening the current economic cycle to a baseball game, the money manager said the U.S. is probably in the seventh inning of a nine-inning game and so he’s “not particularly worried at the moment.”

Two things in particular concern Dalio about the next downturn: Inequality in America will generate greater internal conflict than the 2008 collapse. Plus, policy makers have less room to respond, because interest rates are still historically low and because regulations have limited their authority.

In his new book, “A Template for Understanding Big Debt Crises,” Dalio is trying to remind investors and policy makers that economic cycles are unavoidable. Eventually, debt builds up to unsustainable levels, defaults spike, the economy sputters and financial markets collapse. Attempts to prop up or stimulate demand late in the cycle, as the Trump administration did by cutting taxes, only potentially worsen the inevitable.

How a government responds to a debt crisis is more important than the nature of the crisis itself, Dalio writes.

“I think there should be an emergency economic powers act” allowing the President, the Fed chairman, the speaker of the House and the Senate majority leader “to do the things that are necessary,” if policy makers are constrained by legislation, he said in the interview.

On emerging markets, Dalio said that the currency collapses in Turkey and Argentina — where the lira has plunged 40 percent this year, while the peso has slid 51 percent — are two-thirds of the way done.

“The greater of the moves is behind us,” he said. “The time to buy is when there’s blood in the street,” he added. “I think we’re getting there.” 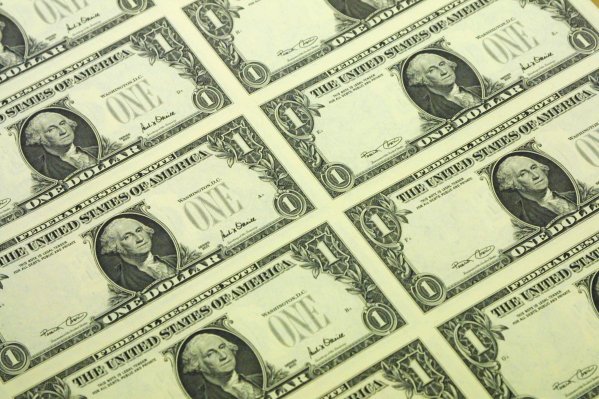 The American Dollar Bill Looks the Way It Does for a Reason
Next Up: Editor's Pick