Sen. Orrin Hatch: Tolerance Has Become Intolerant. But There Is a Cure

Ideas
By Orrin G. Hatch
Hatch is chairman emeritus of the Orrin G. Hatch Foundation. A Utah Republican, he served in the U.S. Senate from 1977 to 2019.

These core ingredients, combined in the right proportion, are the recipe for a perfect wedding cake—and in the case of Jack Phillips, a legal nightmare.

Phillips, a devout Christian, founded the Masterpiece Cakeshop in his hometown of Lakewood, Col., in 1993. For nearly two decades, he went about his business — decorating cakes for special occasions — with no media attention and certainly no controversy.

That all changed in 2012. After Phillips declined to make a cake for a same-sex wedding on religious grounds, his tiny bakery became the latest battlefield in the ever-escalating culture wars.

Overnight, Phillips made thousands of political enemies, including a committed corps of activists devoted to destroying his reputation online. In the years that followed, he found himself in the crosshairs of the social justice Left. For the crime of following his conscience, Phillips was labeled a “bigot,” a “hatemonger” and even a “Nazi” by progressives who, in the same breath, claimed to champion inclusivity and understanding.

The target of endless harassment, hate mail and even death threats, Phillips says he lost more than 40% of his business and soon began to fear for the safety of his family. He was forced to pay thousands of dollars in legal fees when the Colorado Civil Rights Commission brought a lawsuit against him in a case that eventually found its way to the Supreme Court.

This summer, Phillips ultimately prevailed in court with a decision that affirmed his right to religious freedom. But the damage to his reputation had already been done. A good man’s character had been tarnished, his business nearly destroyed — and all of this in the name of… tolerance?

If Phillips’ story shows us anything, it is that tolerance, or at least the popular understanding of it, is deeply flawed. All too often, tolerance is used to justify intolerance, as Phillips and his family experienced firsthand. In demanding certain rights for LGBTQ groups, the Colorado Civil Rights Commission was more than willing to run roughshod over the rights of religious individuals.

For far too many of us, tolerance seems to be a mere tool of convenience — expedient only insofar as it protects the people and principles we already agree with. Beyond that, it becomes a nuisance. That’s why, on both the left and the right, we are quick to demand tolerance but loath to extend it to others.

Call this tribal tolerance. This half-baked version of the real thing allows us to practice tolerance when it benefits our side and withhold tolerance when it doesn’t. Tolerance for me but not for thee, it says. With tribal tolerance, the need to accept difference stops at the edge of our partisan encampments. It hypnotizes us into thinking we are accepting and inclusive, when in fact, we are anything but.

Practitioners of tribal tolerance tend to cast everything as a zero-sum game: Our side wins only if the other side loses. In the Masterpiece case, it wasn’t enough for the couple simply to go to a different bakery; the state had to sue a good man in an attempt to strike a blow to religious persons everywhere.

Of course, when the tables are turned, the right can be just as susceptible to the temptations of tribal tolerance. Conservatives, for example, have every right to decry journalistic bias. But we go too far when we call reporters “the enemy of the people” in an effort to delegitimize the news establishment as a whole. One botched story doth not a media conspiracy make. While portraying the press as a bogeyman might score short-term political points, it does lasting damage to our democracy.

We can transcend tribal tolerance by embracing a forgotten virtue, one that lies at the heart of our nation’s founding: Pluralism.

Pluralism, as a political concept, has a rich intellectual pedigree that traces its roots to the Federalist Papers. When James Madison assumed the difficult task of uniting 13 diverse states under one Constitution, the solution he settled on was institutional pluralism — that is, creating a system of government that would allow for a multiplicity of factions to flourish to ensure that no single faction dominates.

The Founders, in all their prescient wisdom, understood that diversity is the boon — not the bane — of our democracy. They envisioned a nation in which a panoply of people, principles and beliefs could exist peacefully alongside each other. That’s why they put pluralism at the core of their constitutional project.

Pluralism is the alchemy that makes “out of many, one” possible. It is the practice of true tolerance: respecting others’ beliefs even, or perhaps especially, when they differ from our own. Pluralism is the middle ground between absolutism and relativism. It recognizes that there is not just one way to achieve the good life but multiple — and it does its best to accommodate for each.

Applied to the public sphere, pluralism offers us a truce to the culture wars — and a paradigmatic shift in the way we approach politics. All too often, Republicans and Democrats view politics through an absolutist prism that recasts everything as an either-or fallacy. If President Donald Trump is reelected, our democracy will die, we say; or, if Senator Elizabeth Warren becomes President, it will be the end of America as we know it. This distorted way of thinking renders every tiny policy squabble as a Manichean struggle for the soul of the country.

Pluralism, by contrast, recognizes that the majority of our political disagreements are not matters of good vs. evil but good vs. good. It seeks to accommodate different conceptions of the good rather than pitting them against each other. In this regard, pluralism is the exact opposite of zero-sum politics.

There is perhaps no better example of pluralism in practice than the Utah Compromise — a historic anti-discrimination law passed by my home state’s legislature in 2015, that both strengthened religious freedoms and offered special protections to the LGBTQ community. This legislation was the fruit of good-faith negotiation between two groups who are usually at odds — Utah’s religious institutions and pro–gay rights organizations. One side represented liberty; the other side, equality. Both values are indispensable to a healthy democracy, a fact that both sides recognized. So a solution was reached that satisfied the demands of both liberty and equality, without favoring one over the other.

The church and pro–gay rights groups approached this problem from a pluralist perspective, recognizing that the goods each sought to preserve were not competing but complementary. And so, the two parties came together under the credo “fairness for all” passing a proposal that would prevent discrimination against LGBTQ individuals in housing and employment while also maintaining important protections for religious institutions, including a measure to prevent persons of faith from being fired for their beliefs. Today, the bill stands as a model for state religious freedom laws everywhere. This is but one example of the constructive compromise that pluralism makes possible.

Pluralism is our way out of polarization. When we embrace this virtue fully, we can heal partisan divisions, reinvigorate the public discourse and begin to realize the full potential of American democracy. 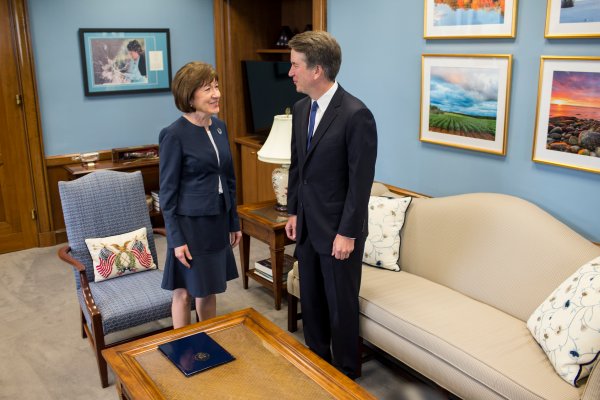