The Trump administration is preparing to unwind Obama-era limits on methane leaking from oil and gas wells, responding to industry concerns that the mandates meant to combat climate change are both unnecessary and too expensive.

The Environmental Protection Agency has prepared a proposal to ease two-year-old requirements forcing energy companies to find and stop methane leaks at new and modified oil and gas wells, according to a person outside of government who was briefed on the plan and asked for anonymity to discuss the draft.

The Trump proposal seeks to undo some mandates for equipment upgrades and would lessen the frequency of required inspections to hunt for methane leaks. The drafted plan is in the final stages of an inter-agency review at the White House, with public release planned for Wednesday. Even then, it could be a year before the changes are finalized, following a public comment period and further development by the EPA.

EPA spokesman John Konkus said on Monday evening that the agency had “nothing to announce at this time.”

Now, with methane, the Trump administration is taking aim at the third piece of Obama’s climate proposals.

The oil and gas industry is the leading source of methane, an intense but short-lived greenhouse gas shown to warm the atmosphere 84 times more than carbon dioxide when measured over two decades.

Under the EPA’s drafted proposal, energy companies would have to search for leaks at high-producing wells annually — instead of twice a year as required under the 2016 rule. Very low-producing wells — known as “marginal” wells — would have to be inspected once every two years. In addition, the EPA would relax the current requirement to investigate possible leaks at gas compressor stations quarterly, shifting to a semiannual timetable.

Permissible repair times generally would double to 60 days, under the EPA plan.

The proposal also would give broad deference to states that already have enacted methane leak detection and repair requirements, including those with relatively lax rules. Some states such as Colorado have been praised for robust requirements, in some cases exceeding what the federal government requires.

Oil industry leaders have said federal regulations are unnecessary in light of ongoing work to keep methane from escaping. Because methane is the primary ingredient in natural gas, energy companies have a financial incentive to keep it bottled up as it moves from the wellhead to compressor stations and into storage tanks.

Although some energy companies have worked aggressively and voluntarily to plug methane leaks, environmentalists and some investors worry the industry as a whole is not moving quickly enough to address the issue. Federal mandates provide essential incentive for companies to spend money capturing methane emissions when the investments won’t swiftly pay off, environmentalists argue.

The existing EPA requirements imposed under Obama apply to new and newly modified facilities, including oil and gas wells, pumps, compressors and other equipment. Under the mandates, energy companies are required to upgrade pumps and compressors, conduct more frequent inspections of their sites and use “green completion” technology to capture gas surging out of newly fracked wells.

The coming EPA measure will be just the first step in the agency’s two-part effort to dramatically scale back federal limits on methane emissions.

The agency has already signaled it is working on a separate rulemaking effort to address whether direct rules on methane are even necessary; Trump’s EPA is expected to ultimately propose they aren’t.

The coming EPA proposal also is set to be the second attempt by the agency to suspend the Obama methane requirements. In July 2017, a federal court rebuked the agency’s first try: unilaterally suspending the mandates. The coming effort is designed to be more durable because it tracks legal requirements for altering federal regulations, with the new, formal proposal followed by a public comment period meant to guide the agency’s development of a final rule. 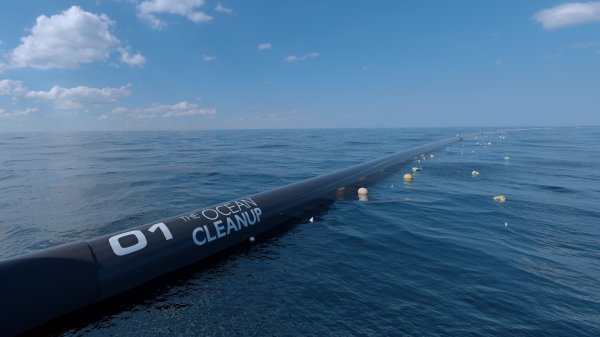 A Dutch Teenager Had a Dream to Clean Up the World's Oceans. 7 Years On, It's Coming True
Next Up: Editor's Pick