The 2018 Miss America pageant may have eliminated the swimsuit competition, but there was plenty to talk about on Sunday night when contestant Miss Michigan, Emily Sioma, used the pageant stage as a way to highlight the dire Flint water crisis.

Upon getting her brief moment to introduce herself, Sioma called out the lack of clean drinking water for her home state: “From the state with 84% of the United States’ fresh water but none for its residents to drink, I am Miss Michigan, Emily Sioma.”

Sioma’s move to raise awareness of the Flint water crisis was well-received on social media, where many praised her decision to center the issue. 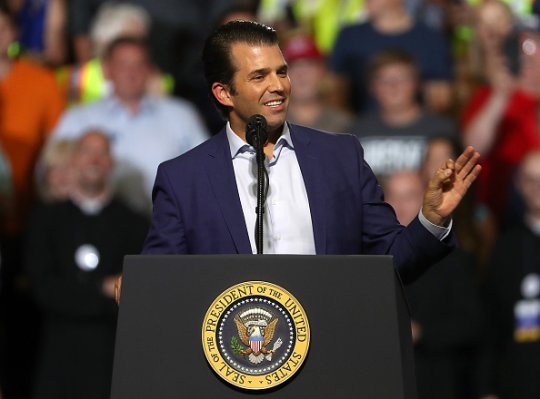 Donald Trump Jr. Literally Swam in a Swamp and the Tweets Write Themselves
Next Up: Editor's Pick