As mid-term elections approach, John Oliver dedicated Sunday night’s episode of Last Week Tonight to “one of the few remaining activities where [adults] still get a sticker” — voting.

Six million Americans are barred from voting due to felony disenfranchisement laws. To put that number in perspective, Oliver notes it’s as if you took “all the people who bought a copy of Robin Thicke’s divorce opera “Paula” and then added nearly six million people.”

While many people aren’t particularly bothered by the idea that violent felons like murderers and sex criminals can’t vote, Oliver notes that only 18% of felons fall into that category. That means the vast majority of disenfranchised felons are non-violent offenders who served their sentences but are still unable to vote, even if they now have jobs and pay taxes.

In most states people eventually regain the right to vote, however, some states make it very difficult for felons to be able to vote again. The worst state of all “in this and arguably everything else is Florida,” says Oliver, where one in five African-Americans is disenfranchised. The reason so many former felons in Florida are disenfranchised is because the process to reinstate the right is burdensome and complicated and involves a trip to Tallahassee — and as Oliver notes, you should never, ever go to Tallahassee.

Florida has a chance to fix this issue, though, in the upcoming election. In November, Florida residents can approve the voting rights restoration amendment to the state constitution that would make the process easier for non-violent offenders to have their civil rights restored after serving their sentences.

To spur Floridians into action, Oliver spoke directly to the citizens of Florida to encourage them to vote for this constitutional amendment. To make them feel like they were speaking to a friend, Oliver re-decorated the set with a pink plastic flamingo and a backdrop of a sunset, put on a Guy Fieri-style visor and wig, and sipped a blue cocktail with an umbrella in it to lay out his case. “For just one day, don’t take your goat for a walk in your underwear, stay away from any bitey otters, draw a fake beard on yourself,” Oliver said. “Go cast a vote for all your fellow Floridians who are unable to.” 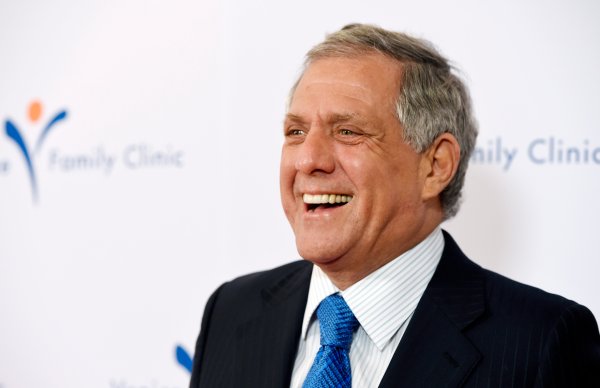