Cambodia’s opposition leader has been released on bail after spending a year behind bars on charges broadly viewed as politically motivated, an apparent gesture of leniency toward government critics following a flawed election that cemented the ruling party’s power.

Kem Sokha, 65, was jailed in September last year on treason charges for allegedly conspiring with foreign powers to overthrow the government of Prime Minister Hun Sen.

His arrest in a dramatic midnight raid came amid a crackdown on the opposition and civil society members that saw rights defenders and domestic media muzzled, the main opposition party dissolved and its members barred from politics or driven into exile.

Sokha’s sudden release in the early hours of Monday morning took many by surprise; Hun Sen vowed just last month to prolong his detention, and Sokha’s appeal for bail was recently denied for the sixth time.

But the terms of his liberation remain unclear. Sokha is “unable to leave the vicinity of his house,” his daughter Kem Monovithya, who also serves as the CNRP’s deputy director for public affairs, told TIME.

Mu Sochua, the party’s vice president, told TIME in an email that he is also “forbidden to conduct any political activities.”

Sokha suffers from numerous medical ailments, including shoulder pain, high blood pressure, and diabetes. A statement by the Phnom Penh municipal court said Sokha’s bail was granted in light of his “health condition,” according to local media reports.

Other jailed critics have recently received amnesties, including 14 CNRP officials who were pardoned of charges including “insurrection.” Two Radio Free Asia journalists accused of espionage were also released on bail.

But Hun Sen’s party controls both houses of parliament, and the cabinet, stocked with loyalists, remains unchanged. Last week, Hun Sen’s son, Hun Manet, was promoted to the military second-in-command.

While Sokha’s release is “a step forward,” according to Phil Robertson, deputy Asia director for Human Rights Watch, he still faces up to 30 years in prison if convicted.

“We’re still a long way from a meaningful restoration of democracy and respect for human rights in Cambodia,” Robertson wrote in an email.

Charles Santiago, chair of the NGO Asean Parliamentarians for Human Rights, said the clemency could be an attempt to shore up legitimacy after an election lacking in credibility. The release of his primary opponent after securing sweeping political power “portrays a government seeking to legitimize the illegitimate.”

“The international community must continue to see this government for what it is,” Santiago said in a statement, “a dictatorship.” 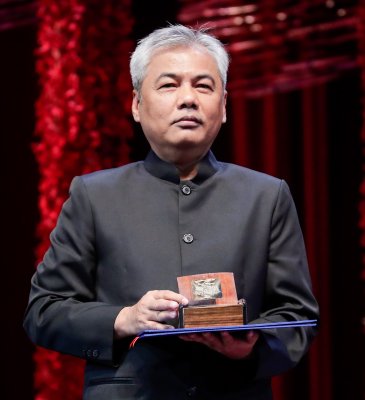 Youk Chhang: Why We Must Fight for Justice After Genocide
Next Up: Editor's Pick