(Bloomberg) — Federal prosecutors in Manhattan are investigating whether anyone in the Trump Organization violated campaign-finance laws, in a follow-up to their conviction last month of Michael Cohen, according to a person familiar with the matter.

The inquiry, not previously reported, shows that the Manhattan U.S. attorney’s office doesn’t intend to stand down following the guilty plea from Trump’s longtime personal lawyer. Manhattan prosecutors are working on a parallel track to U.S. Special Counsel Robert Mueller, who is tasked with examining Russian interference in the presidential election and who is referring other matters as they arise to appropriate sections of the Justice Department.

Representatives of the prosecutors in New York declined to comment, while officials for the Trump Organization didn’t immediately respond to several requests for comment.

Among other crimes, Cohen admitted to violating campaign finance laws. He acknowledged that he paid off a woman who claimed to have had an affair with the president, saying he did it at the direction of the candidate himself and that Trump’s company then repaid him. Notably, the president said the next day that Cohen’s acts weren’t a crime. Whether others in Trump’s orbit were complicit — steering money to benefit his campaign without making proper disclosures or by exceeding federal limits — is not yet clear. No one else has been charged.

The Trump Organization is a stable of private companies heavily invested in real estate that’s been run by the president’s sons, Donald Trump Jr. and Eric Trump, since he took office.

Central to the inquiry will be longtime Chief Financial Officer Allen Weisselberg, who has already provided narrow cooperation with authorities over Cohen’s activities and hush agreements, according to the person. It’s not clear whether Weisselberg is a focus of the continuing inquiry.

Last month, prosecutors said in indicting Cohen that two Trump company executives — one of whom is believed to be Weisselberg — approved the improper payments to Cohen in violation of campaign-finance laws. Investigators are looking at those people and others who may have been aware of the activities, according to the person.

Weisselberg cooperated with the Cohen probe, with limited immunity. Known for his loyalty to Trump after decades of working together, Weisselberg would almost certainly be reluctant to go further, though it’s unclear if he has been pressed to do so.

In an interview last week with Bloomberg, Trump said Weisselberg’s cooperation related to “a very limited period of time” and called him a “wonderful guy” who didn’t create legal jeopardy for the president.

Weisselberg has already been interviewed by the New York Attorney General’s office as part of the state’s investigation of alleged improprieties at Trump’s charitable foundation. The attorney general filed a civil suit against Trump and three of his children in June claiming that they treated the charity like a “piggy bank” and that at least $2.8 million in charitable funds was directed to the 2016 campaign. The Foundation has denied the allegations and said the suit was politically motivated.

Trump Used Charity as His Checkbook, N.Y. Says as It Flags IRS

For Trump and his legal team, led by Rudy Giuliani, the Mueller investigation has drawn the most attention and angry tweets. But the parallel inquiry in Manhattan poses its own distinct threat to the president.

The Cohen plea filing said the reimbursements he received were classified as “legal expenses” and not as payments related to the campaign. By law, services to the campaign must be reported and are governed by spending limits.

Cohen faces five years in prison for five counts of tax evasion, one count of bank fraud and two counts of campaign finance violations involving payments to former Playboy model Karen McDougal and Stephanie Clifford, an adult film actress better known as Stormy Daniels. The president has denied having affairs with the women.

In January 2017, Cohen sought reimbursement for $130,000 that he had paid Clifford. He submitted an invoice from his consulting firm to Trump’s company for that amount and $50,000 for “tech services” related to the campaign.

The $50,000 payment for campaign-related services appears to violate campaign finance rules, though Cohen’s guilty plea was limited to the two women’s payments. Prosecutors and FBI agents need to determine if the Trump real estate companies or his trust made campaign-related payments without disclosing them properly to election officials. 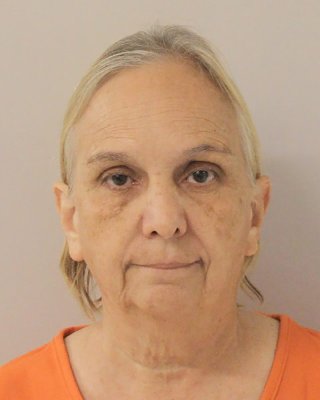