'Is That Awkward?' Obama Goes Full Dad With Relationship Question

After delivering a speech at the University of Illinois on Friday in which he denounced President Donald Trump for the first time by name since leaving office over a year and a half ago, former President Barack Obama continued his day with a visit to Urbana landmark Caffe Paradiso.

Obama was ostensibly there to lunch with Illinois’ Democratic nominee for governor J. B. Pritzker, who is currently on the campaign trail. However, while chatting with some fellow customers, he reportedly went full dad mode.

According to CNN reporter Dan Merica, the 44th president unintentionally (or maybe intentionally) initiated a “define the relationship” conversation between a young pair dining at the restaurant.

“Obama asks a man and a woman, ‘Are you guys a pair?'” Merica tweeted. “When they both didn’t say yes quickly, Obama said, ‘Is that awkward? Did I just make an awkward statement?’ The former president assured them that they looked good together later in the conversation.”

Merica later confirmed that the two were in fact not a couple and were “giggling about their exchange after Obama left.” 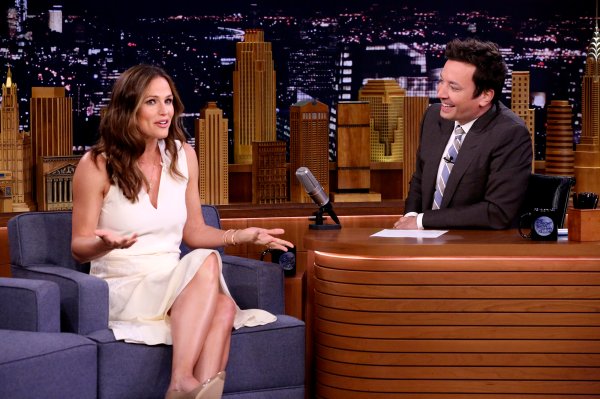 Let Jennifer Garner Tell You About That Time She Got Stranded in a Kayak in Sweden
Next Up: Editor's Pick