Tropical Storm Florence Is Expected to Become a Hurricane Again as It Hurls Toward the U.S. Here's Where Its Path Is Headed

Hurricane Florence has downgraded to a tropical storm but is expected to regain hurricane status as its path hurls towards the U.S. East Coast in the next week.

Florence’s wind speed have decreased and as of Friday the tropical storm has had a maximum sustained winds of 65 mph, down from 140 mph, but is expected to strengthen in the next coming days.

Florence is currently 1,600 miles from the East Coast and moving toward Bermuda, the National Hurricane Center said. As Florence’s path moves closer to the U.S. coastline in the next week Florence is expected to regain category three hurricane status. It is not yet known if Florence will make landfall.

“An area of high pressure over the central Atlantic will bridge westward and join with an existing high pressure near the U.S. East Coast over the next several days,” Kottlowski said. “This setup will guide Florence on a west to northwesterly course into next week.”

The National Hurricane Center said despite Florence eventual path, large swells will begin to affect Bermuda on Friday and the U.S. East Coast this weekend, resulting in life-threatening surfs and rip currents. NHC added that the risk of direct impact from the storm along the U.S. East Coast over the next week has increased but there it is is too soon to determine location, magnitude and timing of the impact.

The National Hurricane Center has not yet issued any coastal watches or warnings as of their 5 p.m. ET advisory. But Florence’s path is expected to generate potentially dangerous surf swells and rip current conditions that will begin to affect Bermuda by Friday. The National Hurricane Center also said tropical waves in the eastern Atlantic are likely to develop into tropical storms in the next several days. 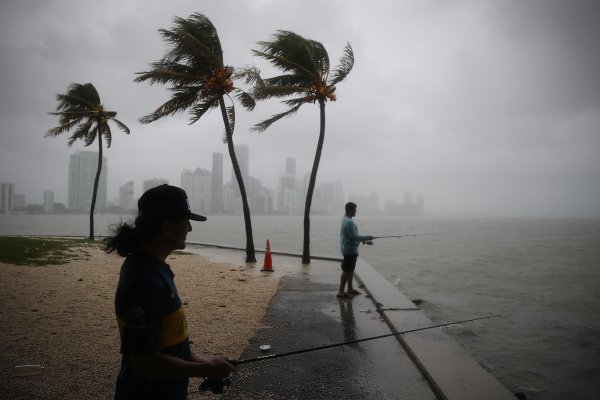