A year after giving birth to her daughter Alexis Olympia, Serena Williams is headed to the 2018 US Open Finals on Saturday and little Olympia is cheering her own in high style.

Williams took to her Instagram on Thursday, just hours after she defeated Anastasija Sevastova to advance to the finals, to share a photo of Olympia, her daughter with husband Alexis Ohanian, wearing a tiny black dress with a tulle tutu skirt that matched the Nike x Off-White tennis dress designed by Virgil Abloh that she wore to her first match of the U.S. Open.

This isn’t the first time that Olympia has gotten some sweet bespoke items to match her tennis superstar mama; earlier, Abloh shared an image of a tiny pair of Nike x Off-White sneakers that he had made especially for Olympia.

Williams has been working to get back into the game since suffering life-threatening complications after giving birth last year; before the US Open, she made it to the finals of Wimbledon. 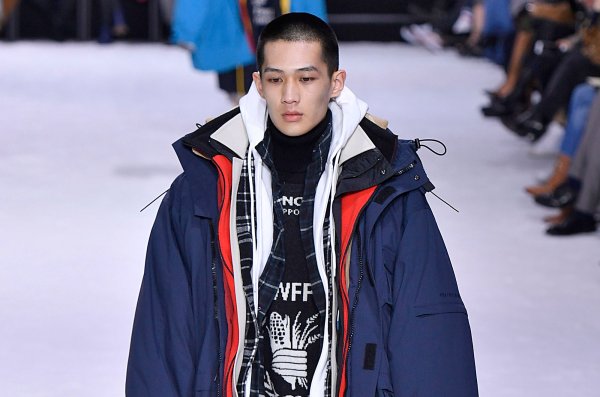 Would You Pay $9,000 for the Balenciaga Take on Joey Tribbiani's Layered Parka Look?
Next Up: Editor's Pick