U.S. Woman Jailed in Australia for Smuggling Cocaine in Her High Heels

An American woman was sentenced to a maximum of seven and a half years in prison for smuggling cocaine into Australia in the high heels of her shoes, after saying that she was deceived by an internet romance scam.

Denise Marie Woodrum, 51, was arrested at Sydney Airport in August 2017 and charged for importing over a kilogram of cocaine, the Sydney Morning Herald reports. She pleaded guilty to the charges in January, and was sentenced on Thursday to a maximum of seven and a half years in prison by a court in New South Wales, Australia, according to the BBC. She will be eligible for parole after four and a half years.

Police discovered 756 grams of pure cocaine in Woodrum’s shoes and other items after screening her bags at Sydney Airport on Aug. 4, 2017. After being informed that her bags had tested positive for cocaine, Woodrum asked “Why, how much did you find?” the Morning Herald reported. Woodrum also told the Australian Border Force that the shoes were a gift for her mother.

Woodrum, who is from Missouri, said she was duped into transporting the narcotics by a man named “Hendrik Cornelius,” who she said she met online and fell in love with. Woodrum was also a member of a religious order called the Adorers of the Blood of Christ, and was believed she was transporting artifacts for Cornelius, according to her lawyer.

“She was groomed to provide a financial gain for this person, Hendrik Cornelius, whatever person or persons it was behind this identity,” Woodrum’s lawyer, Rebecca Neil, said at a sentencing hearing last month. “There are fraudsters out there who are relying on women who are vulnerable.”

Judge Penelope Wass dismissed Woodrum’s defense. “I do not accept that she is genuinely contrite for her offending as opposed to being sorry for the situation she now finds herself caught in,” Wass said at the sentencing Thursday, according to the Morning Herald. “She continues to blame others for her own reckless actions and appears to have little or no insight into her offending.” 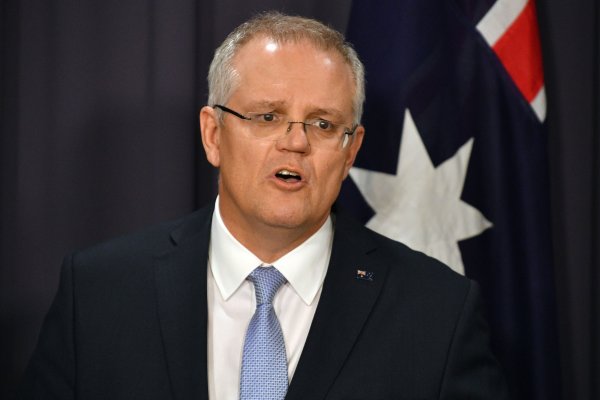 Why Does Australia Keep Getting Rid of Its Prime Ministers?
Next Up: Editor's Pick