The Anonymous Trump Op-Ed Writer Worried the 25th Amendment Could Cause a Crisis. Preventing Crisis Is Why It Exists

Vice President Lyndon B. Johnson is sworn in to the office of the Presidency aboard Air Force One in Dallas, Texas, hours after the assassination of President John F. Kennedy.
Bettmann/Getty Images
By Jennifer Calfas

In a scathing, widely shared opinion piece in the New York Times on Wednesday, an unnamed senior Trump administration official claimed a number of employees have “gone to great lengths to keep bad decisions contained to the West Wing.”

Those great lengths, the unnamed official wrote, included discussions to invoke the 25th Amendment — an attempt to remove President Donald Trump from office that must be prompted by the majority of his cabinet members and Vice President.

“Given the instability many witnessed, there were early whispers within the cabinet of invoking the 25th Amendment, which would start a complex process for removing the president,” the senior official wrote. “But no one wanted to precipitate a constitutional crisis. So we will do what we can to steer the administration in the right direction until — one way or another — it’s over.”

In fact, the reason why that amendment exists was to address a different potential for crisis in government.

The 25th Amendment became part of the Constitution after it was ratified by 38 states in 1967. As TIME noted when the Amendment turned 50, it “officially answered a question that had plagued the United States ever since its founding: How could the country make sure that there would always be a capable person at the helm of the ship of state?” Though it was known what would happen if the President died, that wasn’t the case if he couldn’t do the job for another reason, such as illness or injury.

But, though the question was clear, the early life of the amendment was complicated, as the article explained:

How the 25th Amendment Works

Here’s how TIME explained the mechanisms of the Amendment in 1967, right after it was ratified: “Under the amendment, an incapacitated Chief Executive can himself declare in writing that he is unable to continue in office, and the Vice President can take over—at least temporarily. If an ailing President is unable or unwilling to step aside voluntarily, the Vice President and a majority of the Cabinet can send a written statement to Congress declaring that the President is incapable of holding office. If the President were to challenge such a resolution, Congress itself would vote on the question. The amendment also authorizes the President to appoint, and Congress to confirm, a new Vice President if a vacancy occurs in that office.”

“Once, perhaps, we could pay the price of inaction. But today in this crisis-ridden era there is no margin for delay, no possible justification for ever permitting a vacuum in our national leadership,” Johnson said upon its ratification. “Now, at last, through the 25th amendment, we have the means of responding to these crises of responsibility.” 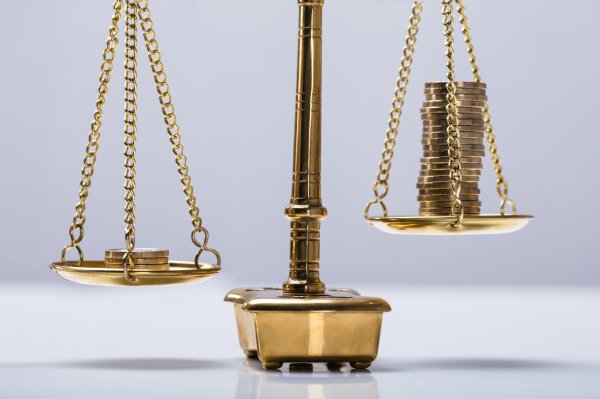 It’s Time to Get Billionaires Off of Welfare
Next Up: Editor's Pick