The Japanese government has recognized for the first time that a worker at the Fukushima Daiichi nuclear power plant has died as a result of radiation exposure. The power plant suffered a severe meltdown during the devastating Tōhoku earthquake and tsunami in 2011.

The man, who was in his 50s, died of lung cancer as a result of being exposed to radiation, Japanese national broadcaster NHK reports. He had been measuring radiation levels at the plant in the immediate aftermath of the meltdown. It is not known when he died.

On Friday, Japan’s health ministry said the man, who continued working at the plant until 2015, would be eligible for workers’ compensation, according to NHK.

The ministry said he had been exposed to about 195 millisieverts (mSv) of radiation. The International Commission on Radiological Protection recommends avoiding more than 1-20 mSv per year, and according to Reuters, exposure to 100 mSv a year is “the lowest level at which any increase in cancer risk is clearly evident.”

Japan’s government has previously given compensation to four other workers who had developed leukemia and thyroid cancers as a result of radiation, but this is the first time a death has been acknowledged. According the BBC, the worker’s lung cancer was diagnosed in 2016.

The Fukushima meltdown, one of the world’s worst nuclear disasters, occurred after the 9.0 magnitude earthquake and subsequent tsunami caused a total power failure and the plant’s cooling systems shut down, leaking radioactive material into the surrounding area. An estimated 18,500 were killed or went missing after the earthquake and tsunami, while another 160,000 were displaced.

There were no fatalities during the nuclear meltdown itself, but more than 40 patients who were evacuated from a nearby hospital later died, the BBC reports. The years long clean-up effort has also been plagued by accidents and deaths, and Tokyo Electric Power Company (TEPCO), the plant’s operator, has faced several lawsuits. 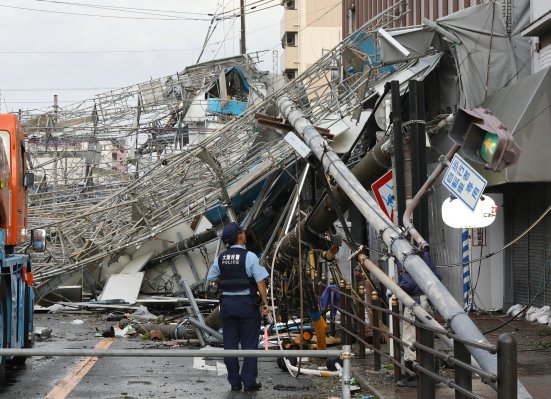