A flight with a dramatic landing in New York today — that sent roughly ten people to the hospital — had an unlikely passenger. Vanilla Ice.

The ’90s star known for hits like “To the Extreme” and “Hooked,” tweeted updates from the scene.

The “Ice Ice Baby” rapper tweeted Wednesday afternoon that he was on the upper floor of the double-decker Emirates A380 flight from Dubai to John F. Kennedy Airport in New York that reported over 100 sick passengers and crew when it landed.

The Emirates Flight 203 was stalled at JFK due to the complaints of approximately 100 people who reported feeling ill. Passengers experiencing illness reported similar symptoms like cough and fever, spokesperson for the Center for Disease Control Benjamin Haynes told TIME in a statement Wednesday morning when the event first took place.

Ten people were subsequently taken to the hospital, according to tweets from Eric Phillips of New York City Mayor Bill de Blasio’s office.

Vanilla Ice, whose real name is Robert Matthew Van Winkle, was not only unaffected by the flu-like illness, but he was seemingly unaware of the apparent chaos beneath him on the plane.

The rapper was in Dubai for a speaking engagement on Tuesday, after giving a talk in Johannesburg, South Africa on Sunday, according to his website.

On Twitter, he explained that the short trip abroad — with some remarkably long flights — had been exhausting.

His next appearance is in Las Vegas, Nevada on Friday. 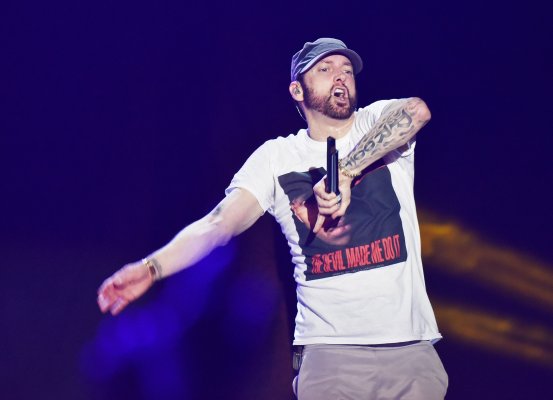 Eminem Raps in New Album That Secret Service Questioned Him About Possible Threats to President Trump
Next Up: Editor's Pick