GoFundMe is giving homeless man Johnny Bobbitt $20,000 while a court works out what happened to the $400,000 in donations for him that poured into the fundraising site last year.

The $400,000 came from a GoFundMe campaign set up in November 2017 by Kate McClure and boyfriend Mark D’Amico aimed at giving the homeless veteran a “second-chance at life” after Bobbitt gave his last $20 to McClure after she ran out of gas. The story went viral and more than 14,000 people donated.

But on Wednesday, Bobbitt’s lawyer Chris Fallon told the Philadelphia Inquirer that the money was gone. The claim came after a judge ordered McClure and D’Amico to turn over all remaining funds to an escrow account.

“It completely shocked me when I heard,” Fallon told the Inquirer. “It came as a complete surprise to me.”

The couple initially claimed they were holding on to the money for Bobbitt’s own good, waiting for him to get off of drugs and find a job. Bobbitt claimed that the couple has spent the money on vacations to the Grand Canyon, Florida and Las Vegas and on a new BMW. D’Amico and McClure said they paid for the new car and vacations themselves, not through the funds raised.

Bobbitt sued the couple to get the rest of his money, claiming he only received a portion of the funds and now has run out of money and is living on the streets again and back on drugs. Bobbitt said he is still entitled to the remaining $300,000 that McClure and D’Amico are allegedly withholding. 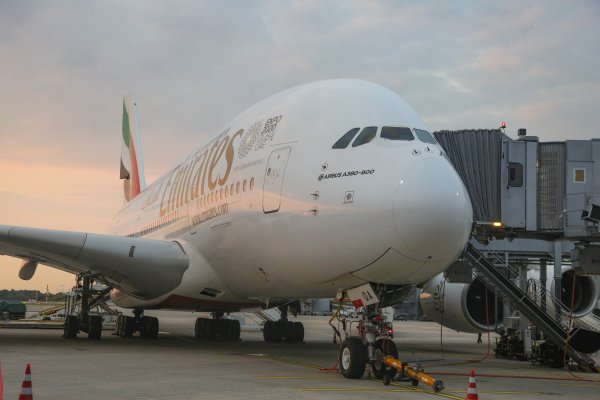 11 Sick People Taken to Hospital After Emirates Flight Lands at JFK
Next Up: Editor's Pick