Two Russian intelligence officers are suspected to have carried out the attempted murder of Russian ex-spy Sergei Skripal, which was almost certainly approved “at a senior level” of the Russian state, British prime minister Theresa May revealed Wednesday.

Alexander Petrov and Ruslan Boshirov, named earlier on Wednesday by police and prosecutors, were charged with conspiracy to murder Sergei Skripal, with possessing a chemical weapon, and with the attempted murder of Skripal, his daughter Yulia, and a police officer who fell ill after attending the scene. Police released images and CCTV of the pair who, they said, spent a total of three days in the U.K.

May said that the U.K. was right to name the Russian state responsible for the attack in March. “Now we have identified the individuals involved we can go even further,” she told parliament. “Based on a body of intelligence the government has concluded the two individuals … are officers from the Russian military intelligence service, also known as the GRU.”

However prosecutors said they would not be applying to Russia for the extradition of the men, as the country’s constitution bars extradition of Russian nationals to other countries. Instead, prosecutors said they had taken out a European Arrest Warrant, meaning if the alleged perpetrators travel to any E.U. member state they could be arrested and extradited to the U.K.

Prosecutors did not release charges relating to the death of Dawn Sturgess, a woman who died in the Salisbury region after coming into contact with a discarded Novichok bottle several months after the Skripal poisonings, nor to the poisoning of her partner Charlie Rowley, who survived.

Here’s what to know about the alleged Skripal attackers:

Who are Petrov and Boshirov?

The U.K. head of counter-terrorism policing said Petrov and Boshirov, two men in their 40s, had flown into London from Moscow on authentic Russian passports, but said “it is likely that they were travelling under aliases and that these are not their real names.”

May said the two men worked for the GRU, a Russian army intelligence agency that has been linked to some of Russia’s most egregious foreign policy operations, including the 2014 annexation of Crimea. “The GRU is a highly disciplined organisation with a well-established chain of command,” she said. “So this was not a rogue operation. It was almost certainly also approved outside the GRU at a senior level of the Russian state.”

Police released the pair’s passport photographs on Wednesday, along with a series of CCTV images showing the pair at Gatwick Airport, Salisbury rail station and various roads. Police appealed for anybody who knows or recognizes the men to come forward with information.

What were their movements?

Petrov and Boshirov flew into the U.K. on Friday, March 2, two days before the poisoning, according to police. They flew with Aeroflot, a Russian airline. On Saturday they went to Salisbury, where Skripal had been living since being released in a prisoner swap between Britain and Russia in 2010.

The pair returned from Salisbury to London that evening; police said they were confident the trip was a reconnaissance mission. The next day, Sunday, they went back to Salisbury which is when police believe they applied the Novichok to the front door of Skripal’s house. Immediately after application, they returned to London and boarded a flight back to Russia at 10.30 p.m. The first ambulance for Skripal and his daughter was called at 4.15 p.m. that afternoon.

How was Novichok brought into the U.K.?

Police revealed further details of how they believed Petrov and Boshirov managed to sneak Novichok, which is banned under international chemical weapons laws, into the country.

Police said the nerve agent was concealed in a perfume bottle, which they called the “perfect delivery method” for smuggling a banned chemical across borders.

That confirms a statement made by Charlie Rowley, who said that in July he had found what he thought was a bottle of perfume, which he had given to his partner Dawn Sturgess who later died from the effects of Novichok.

Two photographs, one of the bottle believed to contain the Novichok and another of the box it came in, were also released on Wednesday. Both the box and the bottle were labelled with the Nina Ricci brand. The company said the box had been faked.

Police said they were still not absolutely certain that the bottle found by Rowley was the bottle used to apply Novichok to Sergei Skripal’s front door.

Why have no charges been brought for the death of Dawn Sturgess?

Authorities said they were making the announcement because they had gathered enough evidence to implicate Petrov and Boshirov in the attempts against the Skripals in March. The death of Sturgess and the poisoning of Rowley came later, in July. While police said they were certain the two incidents were firmly linked, that investigation is nearly four months behind the one into the Skripals.

“We do not believe Dawn and Charlie were deliberately targeted, but became victims as a result of the recklessness in which such a toxic nerve agent was disposed of,” said police.

Further charges relating to that investigation are likely to follow.

What has Russia said about the men?

The Russian foreign ministry said Wednesday that it did not recognize the names Alexander Petrov and Ruslan Boshirov. The names “do not mean anything to us,” they said, according to the Russian RIA news agency. 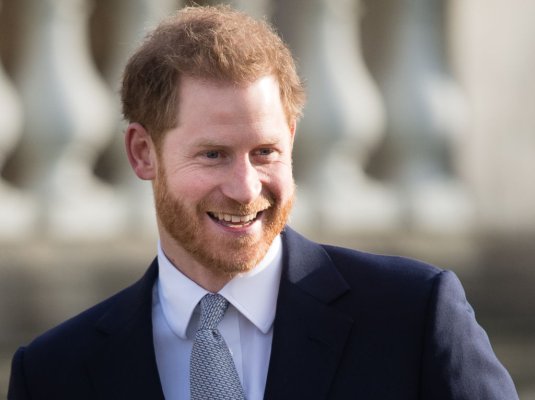