President Donald Trump said Nike‘s decision to feature Colin Kaepernick as the face of its new “Just Do It” ad campaign sends a “terrible message.”

“I think it’s a terrible message,” Trump told conservative news site The Daily Caller. “Nike is a tenant of mine. They pay a lot of rent.”

Trump also added: “In another way, it is what this country is all about, that you have certain freedoms to do things that other people think you shouldn’t do, but I personally am on a different side of it.”

Trump’s comments on Tuesday come after Nike revealed Kaepernick in its new “Just Do It” campaign. Kaepernick, who became the symbol of NFL protests after kneeling during the national anthem two years ago, tweeted an image from the campaign with the slogan, “Believe in something. Even if it means sacrificing everything,” on Monday.

Kaepernick is not currently signed with any NFL team and has filed a grievance claiming the league’s owners conspired to keep him out of the league because of his protests. His kneeling during the National Anthem in protest of police brutality and racial injustice sparked a wave of protests from several other NFL players. Some players have knelt during the anthem, others have held up a first – commonly considered a symbol of black power.

The NFL protests have become a polarizing topic, with Trump repeatedly speaking out against players who kneel during the national anthem, including calling for them to be fired. He has also feuded with Kaepernick, claiming that the NFL’s declining ratings were due to the quarterback’s kneeling protests. 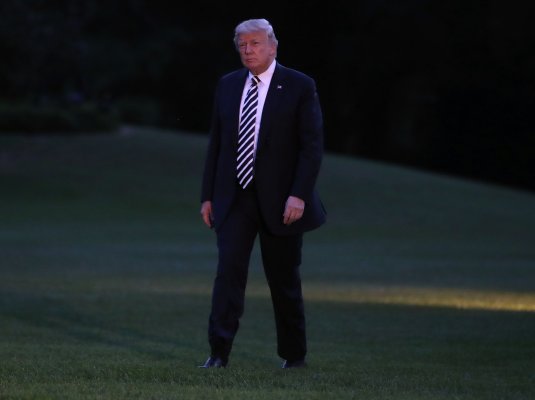