Way back in July, Childish Gambino — the musical stage name of Donald Glover — put out two songs, including the retro-feeling R&B groove “Feels Like Summer.” But it wasn’t until Labor Day weekend that the artist decided to draw particular attention to the track with the release of a star-studded accompanying music video.

Unlike the fiery lyrics and video for chart-topping song “This Is America,” which featured Gambino and a cast of characters dancing their way through scenes of violence and police brutality, “Feels Like Summer” is a more lighthearted affair on the surface: it’s all animated (with work by artist Justin Richburg) and sticks to a summertime vibe. But the celebrity cameos, from Michelle Obama to Kanye West to Beyoncé, still pack a punch. And the lyrics aren’t particular optimistic: “Oh, I know you know my pain,” Gambino sings. ” I’m hopin’ that this world will change / But it just seems the same.”

Here’s every celebrity that pops up in the cryptic cartoon video for “Feels Like Summer.”

Donald Glover as Childish Gambino, ambling down the street

Rappers Lil Pump and Trippie Redd running across the street

Rapper 21 Savage and producer Metro Boomin’ in a car

Rapper Kodak Black in a house

Will Smith washing his car

Rapper Lil Uzi Vert getting his hair done by Oprah Winfrey, and actress Zendaya getting hers braided by actress and comedian Tiffany Haddish

Ball Brothers and Young Thug playing games on a porch

Music video for 'Feels Like Summer' by Childish Gambino

Big Boi and Andre 3000 of Outkast with eyes closed 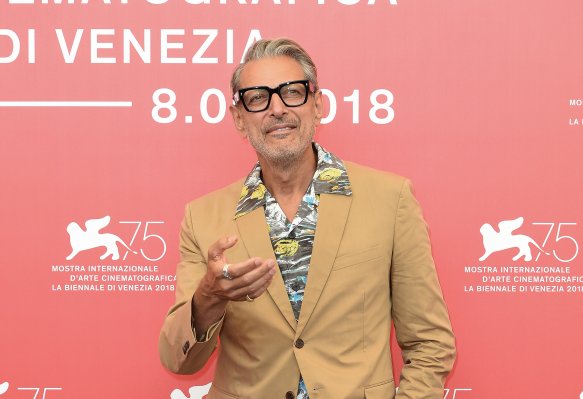 Store Puts Jeff Goldblum in Every Single Picture Frame Because That's Where the Money Is
Next Up: Editor's Pick